The case considers an application brought by the mother (M) of an adult child (AB), recently brought to the UK from the USA, who was discharged to residential care after receiving urgent medical treatment in an NHS hospital.  M’s application asked the Court of Protection to recognise Letters of Guardianship granted to her in the USA in respect of health and welfare decisions (as a foreign protective measure) and challenged the DoLS authorisation for the care home placement.

This case summary will be of interest to commissioners and local authorities who are faced with interpreting the authority of a foreign protective measure.

It is relevant to consider:

What is the Court of Protection’s remit for a person who is not habitually resident in England/Wales?

Whether or not to recognise a foreign protective measure?

What is the role of a person appointed under a foreign protective measure in the DoLS regime?

For further information about this case, please contact Sarah Clarke.

AB is 22 years old and was born in the USA suffering brain injuries at birth. She has cerebral palsy, microcephaly, bilateral dislocated hips, scoliosis and visual impairments.  AB receives nutrition through a PEG feed.  She is non-verbal.  Her mother, M, is British, but moved to the USA in the 1970s.

AB and M lived together in the USA up until November 2019 when they arrived in the UK (on one-way tickets). At that time, the American authorities were investigating M’s ability to care for AB and were considering steps to have her “Letters of Guardianship” – akin to a deputyship under the MCA) revoked. There was an Order made in the USA that said AB was not to be removed from New York State where she was resident. Shortly after arriving in the UK, AB was taken to a London hospital for urgent care.  The hospital subsequently raised safeguarding concerns about M’s feeding practices.  Despite being medically fit for discharge on 18 December, AB remained at the hospital for a further 3 months because there was nowhere appropriate for her to be discharged to. AB and M had nowhere to live. On 9 March AB was discharged to a care home. Initially M resided there with her, however due to Covid-19 restrictions on visitors M was subsequently required to leave. M moved to accommodation provided to her following an application for assistance as a homeless person. AB remained at the care home and a DoLs standard authorisation was granted for 12 months.

M applied to the Court of Protection for recognition of the USA Letters of Guardianship (for M to make health and welfare decisions in respect of AB) and the immediate return of AB into her care. M also sought to challenge the DoLS standard authorisation for AB’s living arrangements at the care home under s.21A MCA.

The respondents (the Official Solicitor and the local authority) agreed that:

In her judgment, HHJ Hilder considered in detail Schedule 3 of the MCA (International Protection of Adults) and relevant case law to determine the issues of:

The section 21A challenge against the standard authorisation for deprivation of liberty in respect at AB’s accommodation in the care home, on the grounds of it not being in AB’s best interests, was also dismissed.

The Court did not determine whether it had power to recognise a foreign protective measure and then immediately suspend it; that is a matter that will need to be determined by a different case. 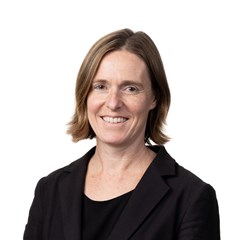 I am a medical law specialist and cover all areas...