�Cost consequences for a negligent expert

This case is a sobering reminder of the consequences for an expert failing to comply with his or her duties under Part 35 of the Civil Procedure Rules (CPR). Mr Firas Jamil, expert spinal consultant, was ordered to pay a wasted costs order in the sum of £88,801 after the court concluded that he had failed in his duties as an expert.

The claimant brought a clinical negligence claim against Lancashire NHS Foundation Trust, relying upon an expert opinion from Mr Jamil. During the trial, Mr Jamil admitted that he did not know what the breach of duty test was for clinical negligence. The claimant discontinued her claim during the trial, but the defendant, having incurred significant costs defending this claim, sought a third party costs order against Mr Jamil. At the third party costs hearing, according to the judgement, Mr Jamil accepted, with hindsight, that he was not fit to give expert evidence at the time due to mental health problems.  He gave evidence that whilst he was aware of the correct legal tests (Bolam/Bolitho) he had not been able to recall them because he was suffering an adverse psychiatric reaction to being cross–examined. From November 2017 Mr Jamil had been on sick leave and then retired in 2018 from clinical practice.  He had however continued with his medico-legal work and had not told his instructing solicitors that he was ill.

The judge accepted that Mr Jamil did not know the correct legal tests (she rejected his explanation that he had forgotten the test). She criticised Mr Jamil for not taking sick leave from his medico-legal work in November 2017 (as he did with his clinical work) when he knew he was ill, or at least informing the claimant’s solicitors that he was ill.

The judge said that in order to make the third party costs order that the defendant sought, she had to be satisfied that Mr Jamil’s conduct was “improper, unreasonable or negligent”.  Whilst the judge accepted that the bar was set very high in terms of finding that an expert had acted negligently, and that the test would only be satisfied in exceptional circumstances, she was satisfied that Mr Jamil had failed “comprehensively” in his duty to the Court.  The judge accepted that Mr Jamil’s improper, unreasonable and negligent conduct had caused the defendant to incur significant, unnecessary costs. The court ordered Mr Jamil to pay part of (but not all of) the defendant’s costs of £88,801 (which were the costs that the Defendant had incurred since November 2017 when Mr Jamil went on sick leave).

Mr Jamil’s conduct went far beyond that of an expert misapplying the legal tests, straying beyond his area of expertise, or simply giving an opinion that was flawed, or even wrong.  Mr Jamil had expressed a view without even knowing what the test was, and had concealed from his solicitors that he was not well enough to work clinically.

Whilst this is an exceptional case, it acts as a warning to experts that there can be consequences where their conduct falls so far short of what is expected that it amounts to negligence.

Before accepting instructions to act as a medico-legal expert in a civil claim, it is imperative that all experts understand their obligations and comply with the requirements of Part 35 and the current Practice Direction to Part 35. Experts who are too ill to work clinically must consider very carefully whether they are well enough to continue with their medico-legal work, and at the very least should notify the solicitor of ill-health that is likely to affect their work.

This article was written by Michelle Blackwell, Paralegal. To discuss this topic in more detail please contact michelle.blackwell@bevanbrittan.com. 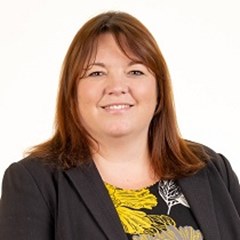 My speciality is defendant clinical negligence and I work predominately...