Given the high number of deaths from COVID-19 during the pandemic it is important to understand how the inquest process is likely to deal with such deaths, including those who may have been exposed to the virus through their employment.

The Chief Coroner’s Guidance No 37 - "COVID-19 Deaths and possible exposure in the Workplace" was amended on 1st July 2020. This updates the original Guidance No 37 which was issued on 28 April 2020. Whilst there are not significant amendments to the guidance, there are some subtle changes around the issue of Personal Protective Equipment (PPE), which has caused interest following release of the original guidance.

As noted in the Guidance:

The vast majority of deaths from COVID-19 are due to the natural progression of a naturally occurring disease and so will not be referred to the Coroner.

Notwithstanding this, such deaths will be “notifiable” to Public Health England and may be notifiable under RIDDOR to the Health and Safety Executive (HSE) if there has been work related exposure to the virus.

If the death is attributable to an injury or disease related to an individual’s employment then such deaths are likely to be reported to the Coroner under the Notification of Deaths Regulations 2019. This could include frontline NHS staff, care home workers and other key workers who have died from COVID-19.

Once notified of such a death, the Coroner would need to consider whether to open an investigation into that death. The guidance states:

if the medical cause of death is COVID-19 and there is no reason to suspect that any culpable human failure contributed to the particular death, there will usually be no requirement for a coronial investigation to be opened

The original No 37 Guidance in April stated:

“an inquest is not the right forum for addressing concerns about high-level government or public policy”.

It made specific reference to PPE and stated that “inquests would not be a satisfactory means for deciding if adequate general policies and arrangements were in place for provision of personal protective equipment (PPE) to healthcare workers in the country, or part of it”

This part of the guidance attracted attention, particularly because of the calls from a number of sectors for a public inquiry into the handling of the COVID-19 pandemic and PPE. In the absence of a public inquiry having been announced, some were concerned about what the forum would be for considering such matters and it had been interpreted by some as potentially limiting the extent to which a shortage of PPE may be investigated as a contributory factor in the death of a healthcare worker

In the new guidance the word “usually” has been added to the sentence “inquests would not usually be a satisfactory means for deciding if adequate general policies and arrangements were in place…”. The amended guidance also emphasises the general discretion that Coroners have in relation to considering the scope for the inquest and the following wording has been added:  “is repeated that the scope of inquiry is a matter for the judgment of coroners”.

Therefore, whilst the original (and amended) guidance stated that a Coroner could investigate a particular hospital or department’s provision of PPE, the guidance as amended has recognised there may be circumstances where a Coroner’s investigation will look more widely at the issue of PPE, although such decisions will be dealt with on a case by case basis. 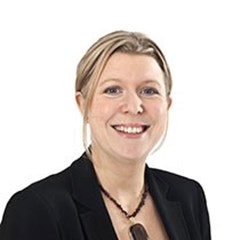