This is our fourth and final article on the Rail Franchising Litigation. In this article, we will look at the scope of a contracting authority’s discretion to disqualify bids for non-compliance.

As explained in previous editions of our articles on the Rail Franchising litigation, although the Public Contract Regulations 2015 were not applicable to this procurement, the principles of non-discrimination, proportionality, transparency, and equal treatment, which apply to all above-threshold public procurements, all still applied.

We have given a summary of the facts of this case in our first article.  For the purposes of this article the following facts are particularly relevant: the terms of the ITT provided that the Department for Transport (DfT) would exercise its discretion as to whether any instance of non-compliance would result in disqualification (or alternative, less onerous, responses).  The ITT specified that marking-up certain documents (e.g. the franchise agreement) by proposing risk assumptions or other contractual amendments which sought to transfer risk to the DfT would be treated as a non-compliance. The DfT’s discretion to disqualify a bidder on this basis was not expressly qualified save for the fact that the ITT stated that the procurement would be conducted “in line with the applicable general principles of EU law and the requirements of English law”.

The Claimants submitted that the ITT purported to confer “unlimited” discretion as to how the DfT could respond to any non-compliance, which included the discretion to reject the bid and disqualify the bidder or take any other action it considered necessary and appropriate. The Claimants complained that no guidance was given as to which of these options the DfT would adopt. Further, they alleged that this excessive level of discretion went beyond the purposes underlying the principle of transparency because the rules of the ITT left bidders in a state of uncertainty.

In opposition, the Defendant pointed to the principles of EU and UK law that were applicable to the exercise of the discretion to disqualify bidders and submitted that the terms of the ITT were both transparent and fair. They also submitted that any reasonably well informed and normally diligent (RWIND) tenderer would be aware that an attempt to reallocate risk to the DfT “would be non-compliance of such seriousness as to make disqualification highly likely, if not inevitable”.

In applying the RWIND standard, the Court held that the terms of the ITT were “clear, precise and unequivocal” in stating that amendments which sought to transfer risk would result in the bid being deemed non-compliant. Accordingly, the Court did not support the Claimants’ view that the ITT left bidders in a state of uncertainty and found that the ITT did not breach the duty of transparency and fairness.

The Court concluded that where no discretion could be exercised (e.g. where a non-compliance would lead to automatic disqualification), the principle of transparency required this to be stated in the tender documents. However, where discretion could be exercised, it was not necessary for the ITT to go any further than merely stating this fact – e.g. there is no requirement for a contracting authority to identify specific circumstances in which non-compliance might lead to disqualification.

This case presents the clear view that where discretion can be exercised, a contracting authority is not required to specify in the tender documents the consequences of every particular category of non-compliance in order to fulfil its duty of transparency. However, where it retains a discretion as to how to respond to any non-compliance, a contracting authority must take a principled approach, taking into account the fundamental procurement principles of equal treatment, transparency and fairness. Although this case clearly supports the position that a contracting authority has a broad discretion when considering disqualification for non-compliance, it also highlights the importance of ensuring all decisions are considered and made in a manner which adheres to the principles of transparency and fairness.

The fact that the proposed amendment to the contract in this case led the DfT to exclude the bidders for non-compliance is perhaps unsurprising. The change meant shifting a significant, unquantifiable risk for pensions liability onto the DfT in circumstances where the tender documents were clear that the DfT expected this risk to be borne by the franchisee. There are, however, many conceivable degrees of non-compliance that could be put forward by bidders in public procurements and exclusion for minor departures may not fall within what Stuart-Smith J considered a RWIND tenderer would expect to be disqualified for. The conflict for a contracting authority then will be between the risk of challenge to a non-transparent rejection and the risk of challenge to permitting a non-compliant tenderer to continue. As with so many public procurement cases, the audit trail demonstrating how the decision was justified will then be key.

We hope that you have found these summaries of the key points arising from the Rail Franchising Litigation to be useful. Our procurement litigation team has significant experience of advising on all aspects of a procurement challenge – please contact Fran Mussellwhite.

This article was written by Victoria Croshaw, Solicitor. 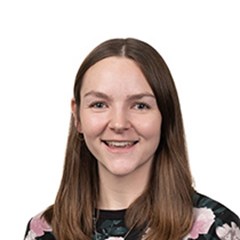 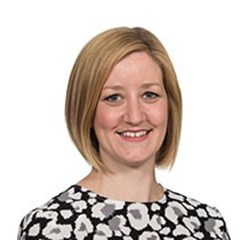 Integration and Innovation: Where is the workforce in the White Paper?...