The Supreme Court has today handed down their judgment, on the appeal of Henderson (by her Litigation Friend) v Dorset Healthcare University NHS Foundation Trust.   The Court was asked to consider the defence of illegality (ex turpi causa), and the facts of this case once again ask important questions regarding public policy when assessing recoverability of damages for negligent acts.

The Claimant, Ms H, sought compensatory damages for her personal injury (depressive order and PTSD) as a result of killing her mother, the loss of inheritance from her mother’s estate (£61,944) and the costs of future psychotherapy treatment from the Defendant Hospital in a claim of negligence for the events leading up to and arising out of her stabbing her mother to death in August 2010, for which Ms H had been convicted of manslaughter for diminished responsibility.   The Defendant Hospital accepted that it had been negligent in its care of Ms H, who suffered from schizophrenia, and that the death of Ms H’s mother was avoidable.  However, it pleaded the defence of illegality – the Claimant’s claim should not be permitted to proceed because it arose out of an illegal act.  Both the High Court & the Court of Appeal had dismissed the Claimant’s case, but the Claimant appealed to the Supreme Court, inviting the judges to depart from the previous established case law following the recent decision regarding illegality in Patel.

The Claimant’s appeal to the Supreme Court was unanimously dismissed.  The Court was not persuaded by any of the three limbs of Ms H’s argument as to why it should depart from its previous decisions in similar cases.  The Court has indicated that there is no inconsistency with Patel, which remains good law, and the defence of illegality remains a balance of considerations which, in this case, included:

The Supreme Court further rejected that the Claimant could, in a civil setting, argue that she did not have significant personal responsibility for her acts, given that she had already been found criminally responsible for the death of her mother.  To find otherwise risked creating an inconsistency within the two legal systems.

As litigators, we will continue to be challenged by the grey area that falls between harm caused by the negligence of a public body, and wider public policy considerations.  However, Lord Hamblen’s lead judgment in Henderson is clear - Patel has not paved a way to success for claims arising out of illegal acts and that the defence of illegality can be pursued. 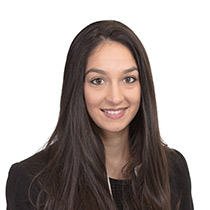 I specialise in clinical negligence litigation, defending claims brought against...