When should an application be made to determine antenatal and obstetric care, including the appropriate mode of delivery for P’s unborn child where P lacks the capacity to make this choice?

In this case the Court of Protection had to decide whether Caesarean section was the appropriate mode of delivery for P’s unborn child, where P lacked capacity to make decisions in relation to her antenatal care, and the manner and location of the delivery of her baby. The Court concluded that, in the circumstances, a Caesarean section was in P’s best interests. The case provides a further judicial reminder that any applications regarding pregnancy should be made swiftly.

In this complex and sensitive case, Mr Justice Poole concluded that the proposed birth plan for KB’s unborn child was in the best interests of KB.

He was also asked to address three other issues, namely termination, delay and contraception.

KB is not capable of independent living and lived with her sister, who was supported in her care by family members and paid staff.

On 30 July 2020, KB's mother took her to her GP because she was feeling unwell and the GP, noticing her swollen stomach, ordered a pregnancy test which was then performed on 3 August 2020. The test confirmed that she was 22 weeks pregnant.

There is no suggestion that KB would have had capacity to decide to engage in sexual relations. The identity of the baby’s father is unknown and there are police and safeguarding investigations underway.

It was agreed by all parties that, even with the significant support and assistance with which she has been provided, KB was unable to understand that she is pregnant nor what that would entail in terms of obstetric care.

On 6 November 2020, Mr Justice Mostyn made final declarations under s.15 of the Mental Capacity Act 2005 that KB lacked capacity to make decisions in relation to her antenatal care, the manner and location of the delivery of her baby, long-term contraception, including sterilisation, and deciding to engage in sexual relations.

Poole J agreed to a police disclosure order to allow information from the police investigations to be used to make safeguarding and best interests decisions for KB, and authorised the taking of samples from KB to be given to the police to assist in the identification of the perpetrator of the sexual assault on her. It was found that it was in her best interests that the perpetrator is identified so as to ensure her adequate safeguarding in the future.

The applicant Trust initially sought orders that it was in KB's best interests to deliver her baby in hospital by Caesarean section and to undergo a non-therapeutic sterilisation procedure. The Independent Mental Capacity Advocate and the Official Solicitor, as well as KB’s mother and sister, agreed with the recommendation for an elective Caesarean section as the most appropriate mode of delivery.

Poole J noted that the process of labour and vaginal birth would be particularly distressing to KB because of her lack of understanding of what was happening to her; that she would be unable to understand or to comply with instructions that might have to be given such as not to push, to move position, or to control her breathing; and that it was very unlikely that she would be able to pain or other symptoms communicate to the clinicians. For all these reasons, Poole J concluded that “It would be unconscionable to put KB through the experience of labour and trial of vaginal delivery when an elective Caesarean section is an alternative choice”.

Poole J approved an order that it is lawful, being in her best interests, for KB to be brought from her home to the maternity unit of the hospital if she went into spontaneous labour, or in any event for an elective Caesarean section to take place on 16 November 2020 and for her to receive obstetric, midwifery, and post-natal care in the maternity unit as is deemed appropriate by the clinicians caring for her. Poole J was satisfied that it would be in KB’s best interests to have administration of general anaesthesia in the event that KB became too distressed to proceed with the Caesarean section under regional anaesthesia, or if there was a clinical need to use general anaesthetic.

As the need for anaesthesia and preparation for theatre may require a degree of restraint (and because the requested order also included issues of contraception), the Applicant Trust had regard to Guidance on Applications in Relation to Medical Treatment, authorised by the Vice President of the Court of Protection, Mr Justice Hayden, at [2020] EWCOP 2.

Whilst it was noted that KB had been almost entirely compliant with hospital visits and examinations to date, the order was sought in the event that she was not compliant in the future. Poole J observed that KB has human rights under Art 5 and Art 8 of the ECHR and that it was “troubling to be asked to authorise the deprivation of her liberty and the use of restraint if necessary, but the far more alarming prospect is of her not receiving the obstetric treatment that she will obviously need in the days ahead of this hearing”.

Poole J therefore concluded that he was satisfied that the proposed deprivation of liberty, including the provision for the use of restraint, was necessary, proportionate and in KB’s best interests.

In a reassuring postscript, Poole J advised that KB had since delivered her baby by Caesarean section and that both KB and her baby were well.

The Official Solicitor raised concerns about how the decision as to termination of KB's pregnancy was addressed.

The identification of KB’s pregnancy was made when she was 22 weeks pregnant but she was not seen by the consultant obstetrician until she was over 25 weeks pregnant, by which time it was not possible for KB to undergo a termination. Between identification of the pregnancy and her appointment with the consultant obstetrician, the matter of termination had been raised on numerous occasions by the GP, the midwife, and in safeguarding meetings.

The Official Solicitor's concern was not whether it would have been in KB's best interests to undergo a termination but the lack of urgency and the failure of any one professional to take ownership of the decision regarding termination.

Whilst Poole J advised that the role of the Court of Protection is forward looking and that it was not for him to make a detailed inquiry into the circumstances of delay, he was critical of the delay in bringing the application, nearly three months after the pregnancy had been identified. He concluded that “[o]n any view the application was made late” and that the Official Solicitor only became aware of the applications very soon before the order made by Mostyn J.

Poole J referred all parties to the Vice President in Sherwood Forest NHSFT v H [2020] EWCOP 5: "Whilst avoidance of delay is not incorporated into the framework of the Mental Capacity Act in specific terms, it is to be read into that Act as a facet of Article 6 and Article 8. It is self-evident and indeed striking that delay is likely to be inimical to P's welfare and best interests". He also reiterated the Vice President's guidance from January 2020, that the Official Solicitor "should be given as much notice as possible of any application".

Whilst acknowledging that the delays had not prevented KB from receiving what appeared to be “exemplary clinical care”, Poole J observed that the Official Solicitor's involvement at the earliest possible stage would have been of considerable assistance to the professionals having to consider difficult choices, and especially helpful in ensuring KB's best interests were protected in relation to all the relevant decisions.

Poole J was however pleased that the order included a recital that the Trust and the Local Authority had agreed to review the circumstances of this case in respect of the decision regarding termination and he had confidence that lessons would be learned.

Poole J noted that the issue of contraception, including by sterilisation, is complex. He reminded the parties that an order for the non-therapeutic sterilisation of a person with learning difficulties would be “a draconian step and one only rarely authorised by the court”. It was not a matter addressed at the hearing because the parties agreed that the matters would be resolved in hearing in early 2021.

Further as related to this matter, as Poole J observed, decisions about contraception, including sterilisation, were entwined with issues concerning KB's care and safeguarding and, as confirmed by the allocated social worker, if KB were in a safe environment she would not need contraception. 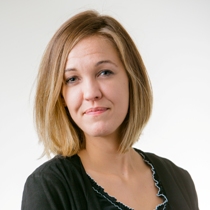 I specialise in health and social care law, working within...