When should a court re-consider an earlier best interest determination?

This case provides useful guidance as to the factors the Court of Protection might consider in deciding whether an evaluation of best interests should be circumscribed by recent findings made by the Court over a similar matter for the same patient. In this matter the Court of Protection determined that it was in AF’s best interests to undergo re-insertion of a PEG and any necessary ancillary procedures, once he was medically fit to undergo the procedure and it was clinically indicated. It was also in AF's best interests to undergo active treatment for his current chest infection. In this particular case there had been material change in circumstances that had not been expressly contemplated by the court previously, and therefore the decision to reinsert the PEG was a new decision for the Court to consider.

Practitioners, healthcare providers and commissioners should be mindful that:

AF was an 80 year old man who had suffered a severe stroke in 2016. Within a month he had had a Percutaneous Endoscopic Gastrostomy (“PEG”) tube inserted which was used to give him Clinically Assisted Nutrition and Hydration (“CANH”).

In March 2020 the Court had held that AF lacked capacity to decide whether to continue to receive CANH via his PEG and found that it was in AF’s best interests for him to do so.

AF’s case now came before Mr Justice Poole as AF’s PEG tube had fallen out. He was also being treated for pneumonia in hospital. The two events were coincidental. The medical evidence was that he was fully expected to recover from the pneumonia and if a new PEG was installed, he could live for a few more year with CANH.

The Trust sought a declaration that it was in AF’s best interests to re-insert the PEG tube, with any ancillary procedures and that this should happen when he was medically fit and it was clinically indicated. This position was supported by the Official Solicitor on behalf of AF.

It was agreed by all parties, as it had been at the previous hearing, that AF lacked capacity to make the relevant decision.

AF’s daughter, however, opposed the re-insertion and the continuation of CANH, contending that it was not in AF’s best interests to receive any active treatment, including antibiotics and that he should be placed on an end of life pathway. She explained that her father had previously stated on many occasions to those close to him that he would not want to be kept alive as a “body in the bed”.

SF had raised the same concerns at the time that the Court was last considering AF’s case. Considering the same arguments at the previous hearing before the Court had found it to be unlikely that if AF were granted “a brief window of lucidity he would reach the conclusion that he would be better off dead rather than to continue with the limited life that he presently enjoys.”  The Court then reached “the very clear conclusion” that it would be categorically contrary to AF's interests for him to be set on the path that will lead to his inevitable death from starvation. It found that AF may have a diminished life (compared to his life prior to his stroke), but it nonetheless had intrinsic quality and was one from which AF derives pleasure and satisfaction.

That earlier judgment was not appealed.

The immediate question in front of the court now was to what extent, if any, the evaluation of AF's best interests should be circumscribed by the findings made by the Court seven months ago.

In this case all parties pragmatically agreed that the failure of the PEG on 9 October 2020 was a material change in circumstances that had not been expressly contemplated by the court in March 2020, and that therefore the decision to re-insert the PEG was a new decision for the Court to consider. Similarly, AF's recent hospital admission for pneumonia was a change in circumstances that required a best interests evaluation, in particular given his daughter’s view that treatment for it should cease.

Nonetheless Mr Justice Poole did state that the Court’s previous conclusions were “highly material” to his own analysis of best interests. Poole J confirmed that he would not re-open the Court’s previous findings that AF lacked capacity when he made statements he wanted to die, that as of March 2020 AF derived pleasure and satisfaction in life, and that his statements pre-stoke were not applicable to his condition in March 2020.

Upon hearing additional evidence, Mr Justice Poole commented that the reinsertion was not aggressive treatment, had a low risk of complication, and was highly likely to return AF to the condition he was in before the PEG fell out. AF had shown no indication of wishing to die, any past views expressed did not apply to his current condition, which whilst a grossly restricted existence, was still one from which AF could take pleasure and stimulation from activities, culture and human interaction.

Mr Justice Poole set out the following principles and best practice for consideration when the court is being asked to make a best interests evaluation only a few months after another court has made a determination of best interests in respect of a similar decision, concerning the same patient, and after a full hearing –

a. There is no strict rule of issue estoppel binding on the court.

b. Nevertheless, the court should give effect loyally to a previous judicial finding or decision that is relevant to the determinations it has to make, and should avoid re-opening earlier findings that cannot be undermined by subsequent changes in circumstances. An example would be a finding that P lacked capacity at a particular point in time. Such findings, if not successfully appealed, should generally only be re-opened if new evidence emerges that might reasonably have led the earlier court to reach a different conclusion.

c. Where there has been no material change of circumstances subsequent to a previous judgment, no new evidence that calls for a re-opening of the earlier findings, and the earlier evaluation of best interests clearly covers the decision that the new court is being asked to consider, appropriate case management might involve the court summarily determining the new application.

d. Determinations of capacity and best interests are sensitive to specific decisions and circumstances, therefore the court will exercise appropriate restraint before making any summary determination.

e. If the decision or circumstances that the new court is being asked to consider are not clearly covered by the earlier judgment, or there has been a material change of circumstances or new evidence that calls into question the previous findings, the court should manage the case in a way that is proportionate having regard to the earlier judicial findings and decisions.

f. In dealing with the new application proportionately, the court's focus will be on what has changed since the previous ruling, and any new evidence. It should usually avoid re-hearing evidence that has already been given and scrutinised in the earlier proceedings. 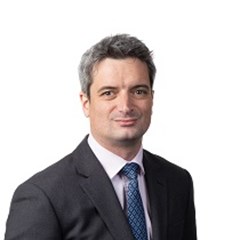 I specialise in medical law and have a keen interest...