How does the Court of Protection approach medical treatment cases, where the precise treatment pathway is as yet unknown and subject to the results and response to investigations/initial treatment?

In this case, the Court was concerned with an application for treatment for an advanced cancer for P in circumstances where she had initially capactiously agreed to treatment but subsequently lost capacity and refused it. The clinical team proposed a treatment plan, which provided for an alternative treatment pathway dependent upon P’s response to the initial stages of treatment. The Court authorised the step-wise intervention, empowering the clinical team to exercise their clinical judgement as treatment progressed.

TC, a 69 year old woman who had suffered with long-standing anxiety, was diagnosed with advanced cancer of the larynx in September 2020. She originally (with capacity) consented to undergo chemoradiotherapy (as opposed to surgery) which had the potential to be curative.

TC’s anxiety increased rapidly and her treating team and husband became concerned about her increasingly erratic behaviour. She was admitted to hospital one month after diagnosis, on 6 October 2020, and the tumour was identified as having increased significantly and there was a risk that this would block her airway completely. TC no longer consented to any substantive treatment for her cancer. At that time, as a result of her anxiety and depression, TC was assessed as lacking capacity.

An application was made to the Court of Protection on an urgent basis for authorisation of the proposed treatment. A CT scan on 28 October 2020 showed that the tumour had again grown materially and posed a real and immediate risk to TC’s life due to it blocking her airway. Because of the substantial growth, the Trust proposed that they would need to debulk the tumour and insert a temporary breathing tube; if this was unsuccessful, a tracheostomy would be needed. Following this, TC would require either surgical removal of her larynx, chemoradiotherapy or palliative treatment. The surgery and the chemoradiotherapy offered a 60% chance of being curative; with palliative treatment, the anticipated survival would be 6 – 12 months and if no treatment was provided, this would reduce to days or weeks.

All parties, including TC’s husband and some of her children, agreed that she lacked capacity to make decisions about her treatment and that it was in her best interests to undergo the proposed medical treatment and chemoradiotherapy (subject to her depression being simultaneously treated to avoid additional distress).

Mr Justice Cobb accepted that the treatment proposed was the least restrictive option and the one closest to what TC’s wishes were at the point that she had capacity. 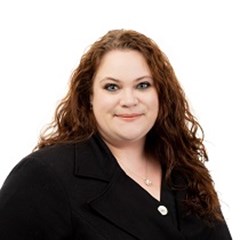 I am a healthcare lawyer practising in a variety of...