Housing Secretary Robert Jenrick has announced an extra £3.5 billion in funding to pay for the replacement of unsafe cladding in high-rise buildings taller than 18 metres. This is an extension to the Building Safety Fund which was announced in May 2020, with funding of £1.6 billion available.

For buildings below 18m, owners will have access to low interest long term loans to replace unsafe cladding, with a cap of £50 per month on repayments.

The government also proposes a new levy on developers of future high rise buildings to cover the cost of the grants, and a separate new tax on residential property development in the UK from 2022.

Whilst this is good news for the housing sector, the funding package available references cladding only and so appears not to extend to other elements of the external wall structure that often also require remediation, such as missing fire cavity barriers.

The proposals have been met with a mixed response, with many campaigners saying that the proposals do not go far enough. Concern has been expressed about the burden being placed on owners of buildings below 18m, and whether the fund is large enough to cover all eligible high rise blocks.

The terms of funding will require closer analysis, but existing funds require the grantee to take all reasonable steps to pursue claims (including litigation) with reasonable prospects of success against the original contractors and developers, and then to repay grant monies from the proceeds of any recovery.  The legal costs of pursuing claims may be significant and it is not clear how those costs may be funded, or the stage at which the availability of funding for legal costs may justify the claim not being pursued (even if the prospects of success are good). 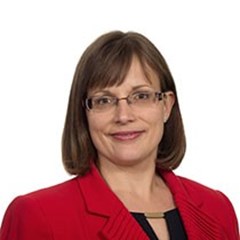