The government’s proposed overhaul of the Mental Health Act, which has been set out in a recent White Paper, will give individuals more control over their treatment and ensure that the Act’s powers are used in the least restrictive way.

On the face of it, the proposals in the White Paper of Mental Health law represent a substantial change in focus in mental health law. Patient safeguards will be reinforced, the threshold for detention will be made harder and new principles will set the framework for mental health care in the future. At its heart, the reform process will change the criteria for detention to one predicated on new tests of therapeutic benefit and a substantial likelihood of significant harm to the patient or another person.

We have been here before. Early on in the deliberations leading to the 2007 changes to the Mental Health Act, a Health Select Committee recommended that “while the consideration of risk would always be a key factor in determining whether compulsory treatment was necessary, the focus of mental health legislation should be on the therapeutic benefit to the patient”. As it transpired, the threshold for risk was barely changed in the 2007 iteration of the Act; if anything, it was diluted to a requirement for detention to be in the interests of health or safety. Added to that, the definition of a mental disorder was made more general, increasing the scope of mental disorders that could lead to detention. That may partly explain the reason for the exponential increase in the number of detained patients since 2007 and the need for rebalance behind the proposed changes. The intention is that detention will only be available in the most serious of cases.

Those new thresholds will be accompanied by a range of new statutory requirements that are intended to give the patient a far greater say in the care they will receive, more safeguards and more tests for professionals to overcome both in detaining and imposing treatment on patients

Many commentators have welcomed the proposals, particularly the ethos of putting individuals at the heart of their care and proposals which aim to tackle existing racial inequalities. However, concerns have also been raised about the funding and resources that will be required to effectively support people in the community who may have previously been detained under the Mental Health Act.

The Government’s White Paper sets out its proposed reforms to the Mental Health law and practice in England and Wales, responding to the recommendations made in the independent review of the 1983 Act by Professor Wessely in 2018. The vast majority of the 154 recommendations made then have been accepted in the Government’s response. The first part of the White Paper covers the intended changes that will be made to the Mental Health Act, Part 2 sets out proposed reforms to policy and practice intended to improve patient experience within the context of existing plans and the 3rd part deals with individual recommendations made by Professor Wessely. The document invites consultation on a range of issues, although mainly in connection with changes to the Mental Health Act.

The proposals in the White Paper are much more about ensuring that patients are only detained under the Mental Health Act where there is a substantial risk of significant harm. So, the pendulum seems to have swung back. But not only will the threshold for detention become harder to demonstrate, detaining clinicians will have to adapt to an array of proposals that will require greater involvement of, and dialogue with, patients and their families or carers during treatment.

The key proposals include:

The White Paper sets out a series of questions for consultation, some seeking a response to specific proposals, other seeking new ideas, but the general thrust of the proposals is a clear endorsement of the recommendations in the Wessely report. The potential pressure on services having to manage challenging patients with fewer powers is recognised in the need to firm up community services, improve staff morale, deal with the disproportionate numbers of patients from ethnic minorities who are detained and drive towards a more diverse workforce. Many of the proposals in the White Paper will be dealt with outside the legislative framework of the new Statute, others, such as guidance on s.117 funding will be dealt with in the new Code of Practice.

The White Paper invites a response to the questions raised as part of its consultation response. The consultation period is scheduled to last three months.

We will be holding a webinar to review and comment on consultation responses on 18th March. If you want to discuss the webinar or the White Paper please contact: 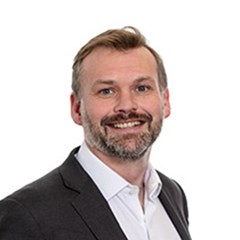 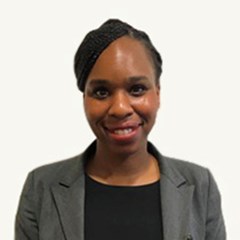