A simple example of these principles at work is where a clinician negligently fails to diagnose cancer but the delay in diagnosis made no difference to the outcome. The disease had reached a stage where treatment at best would have been palliative by the time the patient first attended the clinician. Any claim would be for the residual compensation associated with not giving the palliative care. In this case, the negligent failure to diagnose did not make a material contribution to the aetiology of the disease. Alternatively, the patient had a less than 50% chance of surviving at the time of first consultation, the negligent failure reduced that chance to, say, 10%; in these circumstances, it is not possible to say that but for the misdiagnosis the patient would have survived. Likewise, although the patient’s chance of survival was reduced by nearly 40%, this loss of chance is not recoverable (Gregg –v- Scott [2005] UKHL 2). Even if the obverse of this does imply that the misdiagnosis meant that there was a greater risk of an adverse outcome this again is insufficient to establish causation.

By contrast, in a more recent judgement, Lord Hoffman in Fairchild –v- Glenhaven ([2002] UKHL 22) said at paragraph 69 of his judgement:

But it cannot possibly be said that the duty to take reasonable care in treating patients would be virtually drained of content unless the creation of a material risk of injury were accepted as sufficient to satisfy the causal requirements for liability. And the political and economic arguments involved in the massive increase in the liability of the National Health Service which would have been a consequence of the broad rule favoured by the Court of Appeal in Wilsher's case are far more complicated than the reasons given by Lord Wilberforce for imposing liability upon an employer who has failed to take simple precautions.

The tension between simple establishment of a material risk as opposed to a material contribution was revisited in the case of Grannia Bailey –v- Ministry of Defence. The facts were relatively straightforward: Ms Bailey was originally admitted to the Royal Haslar Hospital (for which the Ministry of Defence were responsible), on 9th January 2001 where, subsequently she underwent an unsuccessful procedure to remove a gallstone. Its view had been obscured by considerable bleeding during the procedure. Following the procedure, there was a period of lack of care and in particular a failure to resuscitate. She was diagnosed as possibly developing pancreatitis. Her condition continued to deteriorate and she was subsequently transferred to an intensive care unit where she underwent additional procedures, including surgery for massive bleeding to the liver. It was confirmed that she had pancreatitis.

On 26th January 2001, when an in-patient on the renal ward at St Mary's Hospital Portsmouth (for which the second defendants the Portsmouth Hospitals NHS Trust were responsible), the claimant aspirated her vomit leading to a cardiac arrest that caused her to suffer hypoxic brain damage. The question was what caused her to aspirate her vomit. In particular, to what extent, if at all, was it due to lack of care while she was at Royal Haslar hospital?

The Court of Appeal held that on the evidence, the judge at first instance had been entitled to conclude that if Ms Bailey had been properly resuscitated overnight and if correctly cared for following the procedure at the Royal Haslar Hospital she would have been subjected to a further intervention. They further held that if all that was necessary, for the purpose of establishing the cause of her weakness, was a material contribution and if, for that material contribution to be established, it was sufficient to establish a contribution that was more than negligible then the judge's conclusion could not be faulted.

It is interesting to contrast this case with Wilsher –v- Essex Area Health Authority [1988] 1 AC. There, the Court could not establish on the available evidence whether an excessive dose of oxygen caused a premature baby’s blindness, where there were four other conditions which could have had the same effect. It was argued before the Court of Appeal in Bailey that adding an existing risk to risks which might also have caused harm was not proof of causation. This was rejected. The Court of Appeal stated that:

“In a case where medical science cannot establish the probability that ‘but for’ an act of negligence the injury would not have happened but can establish that the contribution of the negligent cause was more than negligible, the ‘but for’ test is modified and the Claimant will succeed.’

This reinforces the principle that a material contribution to an injury need not be the sole or even main cause. As long as a negligent act or omission can be shown on the balance of probabilities to have had some causative effect, however small, causation will be established. Whether this judgement heralds a return to the approach of Lord Reid is debatable. Many medical experts would have sympathy with his views and yet will readily accept that medical science often makes it impossible to prove one cause as against, or jointly with, another.

The debate may simply be further subject to advances in medical science if, for example, it can be shown that where there are competing causes of an injury, their relative causative effect can be established. If, for example, it can be demonstrated that a bout of pre-natal asphyxia provoked by a negligent delay in delivery caused neurological damage affecting cognitive ability, but damage to the child’s physical capabilities had other causes a Court may award compensation to reflect that more limited injury.

It will be important to ensure that medical experts do understand and consider legal concepts of probability and causation. However artificial they may seem to an expert, the sooner they are grappled with in the course of litigation, the better. 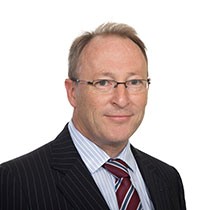