It is almost 10 years since the government first launched the zero tolerance campaign. Nevertheless at the Royal College of Nurses congress in May delegates heard that frontline healthcare professionals continue to be at great risk of violence or verbal abuse from members of the public.

Violence against staff has a huge effect on morale. In addition, it has been estimated that violence against staff costs the NHS £100m a year in terms of extra security, absenteeism, staff training, personal injury claims and legal costs. NHS staff are entitled to work in a safe environment and yet many have come to view violence as an integral part of their everyday professional role.

It is essential that employers and statutory agencies show their determination to confront violent behaviour and support staff in order to provide a deterrent against unacceptable conduct and an effective remedy for those affected. In addition, all staff employed in areas where they may be exposed to violence from patients need to have appropriate training on how to manage violent and abusive patients.

Claire Bentley and Jane Bennett look at how staff who deal with violent patients can be properly supported.

The government launched a zero tolerance campaign to combat violence against NHS staff in October 1999. This highlighted what had become a serious problem, but did not provide clear practical solutions. In April 2003 the NHS Security Management Service (SMS) was given a statutory responsibility for tackling violence against NHS staff. A range of policies have been produced aimed at reducing violence. A network of Local Security Management Specialists( LSMS) across the NHS supported by the SMS are intended to provide stronger local liaison with the police and the Crown Prosecution Service and these have made a difference. The aim is to ensure that all incidents of violence against staff are properly investigated and prosecuted, where that is appropriate and in the public interest.

All hospitals should have a policies on the recognition and prevention of disturbed or violent behaviour, risk assessment and management which should suit the needs of the type of patients who may be treated in that healthcare setting. The following issues should be considered:-

The NHS SMS is in the process of designing a series of policy templates which will include the management of security, the management of violence and aggression and the security of property and assets. These templates can be used to produce individual policies or where a policy is already in place as a benchmark to identify any shortfalls.

If the assault is non-physical, consideration should be given as to whether it is appropriate to contact the police. If not, the employer should consider whether any other form of action would be appropriate. Some alternatives will be administrative, such as verbal or written warnings, acknowledgement of responsibility agreements or in some cases withdrawal of treatment. If withdrawal of treatment is being considered a multi-agency risk assessment should be carried out and legal advice should be sought.

If the assault is physical, the police and the SMS should be contacted immediately by the person assaulted, their manager or the LSMS and full cooperation should be given to the police.

The CPS will decide whether or not to prosecute those who abuse health service staff. The CPS and the SMS have jointly issued revised guidelines governing the prosecution of violent offenders who target NHS staff. This updated Memorandum of Understanding for the first time extends to cover not only NHS staff but also people who volunteer their time to the NHS.

If the CPS decide not to prosecute it is still open to the victim or the SMS to instigate a private prosecution. Alternatively, an employer may apply for a civil or criminal injunction order if it can show that the behaviour of the perpetrator is affecting the function of the organisation and the effective delivery of healthcare to the public. Naturally the merits of any prosecution would have to be considered in the light of the refusal of the CPS in rejecting the file.

It is crucial that evidence is secured, an investigation is completed and a prosecution issued within six months of the incident.

The mere existence of a mental disorder does not preclude an employer or the SMS from exercising any of the options for formal intervention. However, where the patient lacks mental capacity to understand his or her actions or the consequences of those actions, whether as a result of mental disorder or any other factor, the available remedies will be more limited.

Where a person's mental state impairs an understanding of their actions, the needs of that individual patient should be balanced against the needs of other service users and the rights of staff to work in a safe environment.

All options should be considered in the light of the new Code of Practice to the Mental Health Act 1983 which comes into force on 3rd November and sets out detailed guidance on assessment, identification and management of such violent behaviour.

Each case must be considered on its own merits and legal advice should be sought before remedial action is pursued.

The Government have recognised that often staff need to act quickly. What starts as low level anti social behaviour can rapidly escalate into more serious violence whilst staff wait for police to arrive. The Criminal Justice and Immigration Act 2008 creates a criminal offence of causing a non physical nuisance or disturbance on NHS premises which on summary conviction could lead to a fine of up to £1000. The relevant parts of this Act will come into force towards the end of this year and will enable authorised NHS staff to remove non-patients from NHS premises who are causing a nuisance or disturbance. On 12 May the Department of Health launched a consultation paper on the draft guidance on provisions to deal with nuisance or disturbance behaviour on NHS premises in England. Anyone who wishes to comment on this new power of removal needs to do so by 4 August.

Lone workers are particularly vulnerable to violence as they often do not have immediate support in a threatening situation. In May of this year the Department of Health announced that 30,000 lone workers are to get personal safety alarms which have location tracking technology. In addition the data is recorded in a legally admissible way that can be used in a subsequent prosecution. Trusts will need to decide which staff receive the alarms, as figures indicate that 240,000 devices would be needed to cover the entire workforce. It is likely that those staff who work in areas of high crime rates or with patients who have a history of violence will be prioritised.

In Wales, it was announced in April that a four month long trial will be launched in four hospitals in 2009/2010 to introduce CCTV cameras in clinical and non clinical areas and in a number of ambulances. The purpose of this initiative is to provide more evidence to support prosecutions. The scheme will be extended across Wales if the pilot is successful in increasing prosecutions for attacks and reducing incidents of violence.

Every employer should provide consistent and co-ordinated support for victims and witnesses, who may be required to give evidence to the police or others investigating the incident and ultimately may be asked to give evidence in court. Research indicates that victims of violence and aggression who do not receive feedback at all stages of investigations and ongoing support from their employer are more inclined to pursue a personal injury claim against their employer resulting in increased costs for the NHS. The availability of victim support and counsellors in the aftermath of any incident should always be considered, as staff are the very resource which these actions are aimed at protecting. 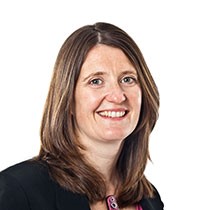