It is just over a year since we last considered cases involving the management of shoulder dystocia, and the changing attitude of the Court (and some lawyers and experts).  In our Erb's Palsy alert on 23 November 2008, we set out details of our successful defence of a shoulder dystocia case and the reasoning behind this.  Here, we look at two recent cases on the issue.  In particular, the case of Bennion –v- North East Wales NHS Trust (2009) provides further encouragement for Defendants that the assumption of an injury itself proving negligence, is being consigned to history.

By way of a brief recap, shoulder dystocia is one of all obstetricians' worst fears; the trapping of the baby in the birth canal after delivery of the head due to the shoulders becoming stuck.  It is an acute emergency as there is a significant risk of the cord becoming compressed, leading to oxygen deprivation for the baby and the risk of death or brain damage.  However, care must be taken when overcoming the shoulder dystocia to try to avoid causing permanent damage to the baby's brachial plexus (usually exhibiting as Erb's Palsy).  The midwife or clinician faced with this emergency situation must act quickly but appropriately.

In our article in April 2007 we set out how Trusts can take steps to minimise the risk of litigation and what to do if a case is brought.  That remains valid advice in light of recent case law.

Historically, claims involving injury to the baby’s brachial plexus during birth were seen as open and shut cases by Claimant’s lawyers.  However, the tide really began to turn following two key cases:

This latter case highlighted the importance of the position of the fetus just before delivery; if the injured shoulder was posterior, the Claimant will struggle to succeed.   In the case highlighted in our 2008 alert (Beggs –v- Medway NHS Trust 2008), the notes recorded that the Claimant’s injured shoulder was posterior prior to birth.  Out of necessity, the Claimant argued the notes must have been wrong.  The Claimant failed and his expert did not seek to argue the findings about causation of damage to the posterior shoulder accepted in Rashid were wrong.

The Judge in this case conducted an exhaustive review of the literature available on the link between shoulder dystocia and Erb's Palsy.  It was accepted that the Claimant’s injured shoulder was anterior at delivery, thereby ruling out the posterior shoulder defence.  It was also apparent that the Claimant’s injury was serious; a traditional argument of Claimants is that the more serious the injury, the more likely it was caused by excessive traction.  To succeed, the Claimant had to show:

The Judge referred to this being something of a test case, in terms of the literature being considered.  Mr Justice Halbert noted that in previous shoulder dystocia cases, only half a dozen or so publications had been referred to.  In this case, he read all 87 publications presented to him!  It was also the first shoulder dystocia case in which expert biomechanical engineering evidence was relied upon.

The scene was set for a potentially landmark ruling on whether such injuries are more likely to be caused by traction or the maternal forces of labour.  However, somewhat tantalisingly, this didn’t happen.  The Judge found in favour of the Defendant on the issue of breach of duty; he found that the delivery was managed appropriately and there was no evidence that excessive traction was applied.  Given the Claimant’s failure at the first hurdle, the Judge could have said nothing about causation at all.  However, he chose to, saying that on the evidence he was presented with, he was not satisfied that any conclusion could be drawn about the cause of the majority of obstetric brachial plexus injuries.  He also made a point of saying that the research data that is needed to resolve this question does not exist.  The biomechanical evidence was not compelling either way, due to the lack of data (and may remain so as testing cannot be carried out on live subjects in the extreme situation itself).

From a Defendant perspective, the judgment is positive in that it is continued support for the validity of the argument that traction is not always the cause for obstetric brachial plexus injury.  It also gives credence to the perhaps more important argument that even if an injury is caused by traction, that does not necessarily mean that traction was excessive.  Claimants make the valid point that it will be vanishingly rare that there is clear evidence in the medical notes of excessive traction having been applied to effect delivery.  What the cases show is that this question will really depend on how the Judge views the evidence in any particular case but especially, the healthcare professionals who performed the delivery.  In Bennion, the Judge clearly formed a favourable view of the Registrar and midwife.  So, what led to this?:

As regards the historical literature, the Judge found that there was no evidence to exclude maternal forces as a cause of brachial plexus injury.  His review of the literature was grouped, to cover the following points:

This provides a useful summary of the relevant literature.  The Judge referred to an article reporting the birth of a baby suffering from Erb's Palsy but where no shoulder dystocia was noted and no traction whatsoever applied during the delivery process, as important evidence to support  maternal forces of delivery being capable of causing permanent damage.

We feel there are two key points to take from this case:

So perhaps, the conclusion is that rather than there being a stark choice between two exclusive causes of brachial plexus injury, it can be a combination of both.  This would provide a realistic explanation of how a baby can be injured but a midwife or clinician can be adamant that the traction applied was appropriate.  This is an important point to explore further in the future.  Each shoulder dystocia case will be fact specific.  If the facts in Bennion had been the same but the factual witnesses less compelling, there is every chance the Claimant would have been successful and on balance, it be found the injury was due to excessive traction.

This was a very sad case, showing the potentially devastating consequences of shoulder dystocia.  The Claimant advanced two criticisms of his delivery:

The claim was successfully defended but is important as a reminder that shoulder dystocia can sometimes be exceptionally difficult to overcome.  Any expert who suggests that it should always be surmountable with no injury, or that there is plenty of time to make decisions, is being unrealistic. 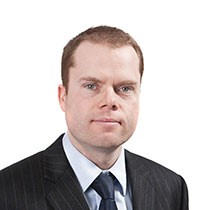