Employment news items of interest, reported this month by Mike Smith, are: important dates for your diaries in April; changes to the specific public sector equality duty; the proposals for public sector pension reform; and avoiding possible ‘double payment’ of maternity pay. We also report on the immediate withdrawal of the local authority Two-tier Code and the publication of the Bribery Act guidance.

There are some key implementation dates for your diaries, coming up in the next week.

For more information on these and other aspects of the Equality Act 2010 (including details of how to obtain our full briefing note on the Act), please see our October 2010 Employment Eye article.

The government has announced that it is withdrawing its original proposals in relation to the specific public sector equality duties (which are designed to complement and support the general public sector duty to promote equality, which comes into force in April).  The Government Equalities Office is now consulting on revised regulations, which set out a ‘lighter touch’ approach.

As previously, the revised regulations require public bodies to publish

The intention is that the emphasis on equality reporting should shift to results rather than processes.

It’s been a busy month for proposals in respect of one of the burning issues of the day: pension reform.  On 3 March 2011, the government announced its consultation on the future of the Fair Deal policy on pension provision for public sector staff compulsorily transferred to a non-public sector employer.  Please click here for our Alert on the consultation. The consultation closes on 15 June 2011.

Furthermore, in a development that has sparked calls for industrial action by public sector unions, former Secretary of State for Work and Pensions, Lord Hutton of Furness, has published his final report on the reform of public sector pensions.  The report's recommendations include

Please see our Alert of 23 March 2011 for more information on the immediate repeal of the Code of Practice on Workforce Matters in Local Authority Service Contracts  ('the two-tier code').  The abolition of the Code will not apply retrospectively, so existing terms and conditions agreed under the Code will still be enforceable, and the repeal does not affect the operation of TUPE transferred rights.

The important and long awaited guidance on preventing bribery has now been published by the Ministry of Justice, along with a 'quick start' guide. The guidance is important as compliance with it will assist organisations with establishing a defence under the new Bribery Act.  For more information on why HR needs to know about bribery, and what practical steps you should be taking to comply with the new Act (which has criminal sanctions), please see our December 2010 article.  The Bribery Act was due to come into force next month, but was delayed pending the publication of guidance on preventing bribery.  When announcing the delayed implementation, the Ministry of Justice said that the Bribery Act would be brought into force three months after the final publication of the guidance. 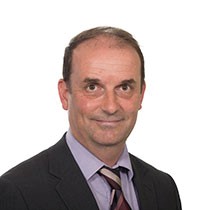