As online social networking becomes the fastest addiction since the office worker discovered caffeine, Yasmin Allan looks at the latest in a spate of cases dealing with work related comments posted on Facebook and the recent ACAS guidance on social networking.

Mrs Whitham, who had an exemplary employment record, was employed as team leader by a company that provides customer services for Volkswagen.  After a difficult day at work, Mrs Whitham logged onto Facebook and posted a comment on her Facebook page (which was visible to her Facebook friends but not the general public) bewailing her colleagues, stating that she felt like she was working in a “nursery”.   Following comments in response from colleagues and ex colleagues, she proceeded to refer to her employers as “bastards” and agree with a comment that was made referring to her colleagues as “a lot of planks”.  The exchange of messages was reported to Mrs Whitham’s line manager by two of her colleagues who were Facebook friends.  Following an investigation, Mrs Whitham was dismissed for misconduct on the basis that her behaviour had damaged the relationship between her employer and Volkswagen.

She then brought a claim for unfair dismissal which was upheld by the Tribunal which held that the sanction of dismissal for what the tribunal described as “relatively minor” comments fell outside the band of reasonable responses which is the test for unfair dismissal.  That alone was sufficient to make it unfair, but the Tribunal also noted the fact that there was no evidence of actual or likely harm to the Respondent’s relationship with Volkswagen as the Respondent had failed to obtain Volkswagen’s views on the incident.  Further, the tribunal held that the decision to dismiss was unfair due to Mrs Whitham’s previously exemplary employment record and various other mitigating factors concerning her health and personal circumstances which had not been taken into account.

In this case, a pub manager of one of the Wetherspoon’s outlets posted several negative comments on her Facebook page about customers who had recently subjected her to a torrent of verbal abuse.  The comments were made whilst she was at work and her privacy settings did not prevent the public reading them (although she later said that she thought they did).  The daughter of one of the customers saw the comments on Facebook and complained to Wetherspoon.

Miss Preece’s contract of employment clearly stated that she could be dismissed immediately if she was found guilty of gross misconduct.  Her employee handbook specifically listed ‘blogging’ as an example of gross misconduct and stated that comments on websites such as Facebook which could damage the company’s reputation could warrant disciplinary action.

Following an investigation, Miss Preece was found to be in breach of the policy and dismissed for gross misconduct.  She was told that her conduct had lowered the reputation of Wetherspoons and had resulted in a fundamental breakdown of trust and confidence.

Her subsequent Tribunal claim was dismissed.  It was accepted that, whilst Miss Preece had a right to freedom of expression under the European Convention on Human Rights, the action taken by Wetherspoons was justified in view of the risk of damage to its reputation.  The fact that Miss Preece had used Facebook whilst she was working was also relevant.

Although only employment tribunal level decisions, both cases highlight the potential impact of social networking on an employer’s business and the significance of having a clear policy dealing with the use of social media in place.  A properly drafted policy will clarify the responsibilities of both the employer and employee and will also give employers the confidence to take appropriate disciplinary action where necessary.  The policy should set out the different forms of social media covered and provide clear explanations about what is regarded as proper and improper use, whether inside or outside of work.

The cases also serve as a reminder of the importance of properly investigating matters of misconduct involving social media.  In cases involving work related comments on the internet, the tribunal has emphasised the need to make an assessment of actual harm caused and to ensure that any sanctions are applied accordingly.

ACAS have recently produced some helpful guidance on how to manage the impact of social networking and this serves as a timely contribution to this fast developing area.  The key recommendations stemming from the guidance are for employers to:-

The guidance was prepared following research revealing that 55 per cent of employees now use social networks at work, either on computers or mobile phones, yet fewer than one in ten employers have a social networking policy.

The new guidance is available here.

And the solution is…? 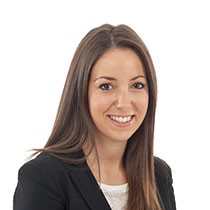 I am an Associate in the Employment Team.