Some of you may remember Total Place, a project that originated in local government but caught the imagination of many in public services. It added up the total cost of supporting the most vulnerable groups in any one area and the outcomes were in many cases quite staggering. So, by way of example the Birmingham pilot found – amongst equally stark figures – that they had spent £37.5m on 2 dynastic gang families over 3 generations. Quite simply we give poor value to taxpayers by spending their money on the "stock" - the effect of chaotic lives, troubled families, poor health, inadequate housing - and should spend it on the "flow", intervening early in the causes, be it high reoffending rates, excessive numbers of children in care, or the elderly in and out of hospitals with long term conditions much of which could have been prevented or better managed in a community/domiciliary setting. The same Birmingham pilot found that every £1 spent on drug treatment yields £9.5 in savings.

Making the changes to invest in early intervention and prevention has not been easy and whilst budget cuts and austerity can make this harder at one level it is also providing the impetus to deliver the more radical solutions that are needed - and not just because they will deliver efficiency savings, but because they will also improve outcomes significantly. This article looks at how you, as health commissioners, can implement some of those changes. It is not theoretical – it is happening already in a range of public services, just much slower in health for fairly obvious reasons arising from the structural changes.

Investing in early intervention and prevention is inhibited by two main factors:

Social investment has started to respond to the second of these problems with the use of the misnamed Social Impact Bond - SIBs. The pathfinder at Peterborough Prison to reduce re-offending rates was swiftly followed by several projects looking at children in or at the margins of care. Essex is now in delivery and Manchester in procurement for a provider/investor. Bevan Brittan acted on both and are the market leaders in social investment. It is not just the potential to attract the gap funding that makes a SIB so attractive but also the commercial nature of the PbR contract that underpins the “bond” and transfers the risk of delivery to external third party investors. For the commissioners the proposition is compelling: agree to pay a fixed sum of money in the future only on completion of agreed outcomes which have been shown to yield cashable savings (and of course improved outcomes) greater than the sum to be paid under the "bond". Or at least almost as simple as this; as in many things in life there is often a caveat. For a SIB the caveat is manageable but needs to be carefully understood by commissioners - the need for them to manage the disinvestment in the services that will fund the repayment. Putting this into context, if the project is to support children at the margins of care the investors take the risk that they will reduce an identified cohort from entering care but the Local Authority will take responsibility for disinvesting in the care homes that will no longer be required. Apply this to health and it may involve a greater spending in community care but a disinvestment in acute hospital care. The direction of travel needs to be carefully signposted to the secondary providers.

The SIB also needs good metrics. Ones that will stand the test of causation for commissioners and be robust for investors to have confidence that interventions will deliver the expected outcomes.

The use of stand-alone SIBs is a development that is to be welcomed and brings fresh funds and skills to pay for new intervention whilst the commissioners reshape what they have historically provided, allowing them to walk that tightrope between driving more radical change whilst maintaining existing services until the benefits of that change is demonstrable.

The health market is beginning to respond and we are now working on SIBs to fund end of life care, early hospital discharge and support for those with disabilities to move from residential to domiciliary based support

But the use of stand-alone SIB is both expensive (in transactional terms) and does not address the first of the major hurdles identified above; the need to integrate services between commissioners. That is not to say that there are not many easy wins, such as new interventions that can self fund a SIB for one commissioner alone, but in the longer term transformation needs to happen across multi agency services and this is where the substantial benefits can be found. Stand alone SIBs are not the optimum structure to do so in many cases. And stand alone SIBs can be expensive transactionally and will not leave behind a legacy of local skills to undertake successive projects.

Against this background of emerging social investment, integrated budgets and the wider health and wellbeing agenda four Local Authorities (Devon, Cornwall, Plymouth and Torbay) have developed a more holistic approach to the transformational agenda through the use of a Local Integrated Services Trust (LIST). Bevan Brittan conceived the model and is supporting all 4 communities in its implementation. The importance of this project and the innovation it brings to new ways of working has been recognised by a major award from BIG Lottery that is now funding the final stages of the work through its Next Steps programme.

The LIST is formed as a corporate entity owned and managed by the local commissioners. It has three primary functions:

Secondly to act as the broker between the local commissioners to integrate budgets and drive transformation in service delivery. The unique structure of a LIST brings commerciality to how the budgets will be used balancing the need to retain each commissioner’s sense of organisational bias with the benefits of working together. This is an holistic approach to change with accountability to track the benefits of their own contribution to their statutory functions.

Thirdly to provide an effective governance structure that facilitates community engagement. In part this is about co-production (there is a wealth of evidence that involving the community in what is done will enhance the benefits) and in part about managing a supply of local and sustainable organisations (often social enterprise) that will deliver the change.

Whilst the architecture of the LIST was developed before the H&SC Act brought in the concept of Health and Wellbeing Boards its structure is being explored more widely by Authorities outside of the Peninsula as an effective governance and leadership body for their HWBB - in effect its executive agency charged with delivery and innovation.

Each of the four peninsula Authorities has completed a Viability Plan, setting out the detailed structure of their LIST, its functions and early priorities. All four will share a common project management office. To give the project impetus and to show the benefits of joint working the first project will be a SIB for children at the margins of care and whilst each will enter into their own "bond" they plan to share IP, develop common metrics, a common procurement strategy, common specialist support and depending upon market response, common funding. Beyond children services the LIST is likely to prioritise adult social care and improved management and detection of long term conditions.

If you are interested in knowing more and how SIBs or structures like LIST could be applied in your area then we would be happy to talk to you further. 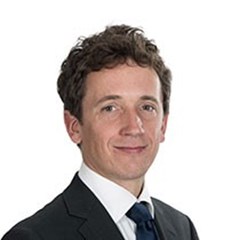 I am a commercial lawyer specialising in projects related to...