You might think it was all doom and gloom in the NHS and healthcare in general at the moment.  And you may be right, especially if you concentrated on the press and what was coming out of Government and the regulators.

The Report by Robert Francis QC into Mid Staffordshire NHS Foundation Trust paints a damning picture of not only that organisation but of NHS culture generally, with more hospital trusts to undergo special investigations headed by Sir Bruce Keogh.  Failures from the bottom all the way to the top of the system call for a significant shift to a more transparent and accountable model, where patients are treated with dignity and honesty, and senior figures can be found culpable for failings which lead to suffering.

In addition, the Care Quality Commission’s (“CQC”) latest annual report on Monitoring the Mental Health Act, covering the period 2011/12, tells of a lack of progress in service provision and “a significant gap between the realities CQC is observing in practice and the ambitions of the national mental health policy”.  It reports that services are being run for the convenience of staff rather than patients, with a culture of coercion and containment prevalent over individualised treatment or patient involvement in care planning.

CQC has also recently reported into the provision of home care, finding that standards are not being met in important areas but that people were often too vulnerable to highlight failings because of a lack of expectation, a fear of reprisals or loyalty to their carer.

We’ve now read many patient and family stories which make us fearful of the care that might be received by our loved ones who go into hospital or care, particularly if they are elderly or vulnerable.  These recent reports make us wonder whether things are actually changing?

To an extent, the reports paint a historical picture.  The facts of Mid Staffordshire have been known for some time and quite rightly there was an urgent response to the events at Winterbourne View from commissioners and providers of that kind of care 18 months ago.  The challenge for providers, commissioners, regulators, and us all, is to create real and lasting differences, and to avoid a depressing acceptance of neglect and low standards.

Each of these reports has a common theme about achieving change.  Rather than take the Francis Report, which is still, I think, too new to comment on in detail, at least until we have a full reply from the Government, this is what the CQC Annual Mental Health Report says: 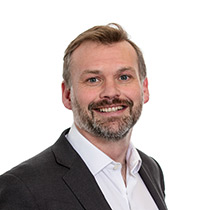