The Government has published a consultation on fire safety in new high-rise residential buildings. The consultation seeks views from the industry on the appropriate “threshold height” at which sprinkler systems should become mandatory, and the improvements that could be introduced in wayfinding signage for fire and rescue services in the event of fire in such buildings.

This is the latest in a series of consultations launched by the Government following the post-Grenfell Hackitt Review of Building Regulations and Fire Safety. When the Hackitt Review was published, a number of commentators in the industry thought it a missed opportunity to introduce a mandatory requirement for sprinklers to be installed in high-rise residential buildings. It was widely reported by the press that sprinklers had been considered for the Grenfell refurbishment at a cost of around £200,000 from an overall budget of £10 million, but were not fitted.

The proposal at the heart of this latest consultation is to reduce the height at which the installation of sprinkler systems is mandatory in new high-rise residential buildings from 30 metres to a lower height, with a suggested 18 metres (approximately 6 storeys) as the new threshold. This point is up for consultation and would be introduced by way of a revision to Approved Document B. Reducing the threshold to new high-rise residential buildings of 18 metres or above would be in line with the amendments made to the Building Regulations in 2018, which banned the use of combustible materials in external walls of residential buildings of a height of 18 metres or above.

The Government estimates that such a change, if implemented, would mean 1,970 new build residential buildings would be fitted with sprinkler systems over the next 10 years, and would deliver “life, health and property benefits” to their occupants.

It should be noted that the recommendation by the government falls short of the recommendation by the Royal Institute of British Architects, which calls for a installation of sprinklers in all new and converted residential buildings, hotels, hospitals, student accommodation, schools and care home buildings of 11 metres or above in height, and retrofitting to existing buildings when refurbishment occurs as ‘consequential improvements’ where a building is subject to 'material alterations’. As the new consultation only covers new high-rise residential buildings, it will not, for example, result in fire safety improvements to existing buildings such as Grenfell, nor to public sector buildings such as prisons, schools and hospitals.

Unfortunately, the impact of inadequate building regulations instead of safety within the construction industry means that issues with fire safety will continue to dominate whilst residents seek comfort from local authorities, housing associations and private developers that their homes are safe.

The consultation is open until 28 November 2019. 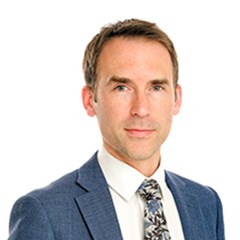