The Independent Medicines & Medical Devices Safety Review, chaired by Baroness Julia Cumberlege, has today (08/07/2020) published its findings. The report runs to 194 pages and makes 9 major recommendations. It was originally due to be published on 24 March 2020, but publication was delayed due to the COVID-19 pandemic. The full report can be downloaded here.

The purpose of the review was to make recommendations for improving the healthcare system’s ability to respond where concerns have been raised about the safety of particular clinical interventions. There is a specific focus on the scientific knowledge,  decision making and actions taken, based on that knowledge, by manufacturers, regulators, clinicians and policy makers in respect of:

The review also considered the practice of obtaining consent to each of the above three clinical interventions, historically in the case of Primodos, but up to the present day for sodium valproate and pelvic mesh, including looking at appropriate practice in explaining the potential benefits and risks of these interventions.

The review was asked to consider how to strengthen the patient’s voice in order to help build a ‘system that listens, hear and acts – with speed, compassion and proportionality’.

The scope of the review did not include consideration of whether, or how much, compensation may be due to any particular individuals who suffered harm from the three interventions. However, the review team was charged to look at whether wider systems of redress should be developed.

The evidence considered by the review team

The review team considered a wealth of evidence including:

A full schedule of the evidence considered by the Review Team, as well as videos of the oral hearings, can be found here.

Recommendations and actions for improvement

In the introduction and overview to the report, comment is made that while the review team were asked to look at three disparate interventions governed by two different regulatory frameworks, the commonalities that bound the three interventions were more compelling than any differences:

The review makes frank acknowledgement that its report will ‘not make comfortable reading for many who have dedicated their lives with the best of intentions to delivering high-quality and compassionate treatment and care…Most people do excellent work most of the time in the health service.’  It also acknowledges that ‘Innovation in medical care has done many wonderful things and saved many lives’.  But – and it is a very big but – ‘innovation without comprehensive pre-market testing and post-market surveillance and long-term monitoring of outcomes is, quite simply, dangerous…Without such information it is not possible for doctors and patients to understand risks, and patients cannot make informed choices. This applies to both medications and devices.’

In light of the above, the review makes a number of important recommendations relevant to patient safety, redress and resolution including:

i. Information should be communicated to patients in a way that is clear and meaningful. The opportunity to speak to, or hear from, others who have undergone the same intervention should be considered.
ii. A single patient decision aid (or core set of information) should be produced for each surgical procedure or medical intervention, co-designed by patients and clinicians. NICE should lead on this.
iii. Patient-clinician consultations about consent must be proportionate to the circumstances and appropriately documented. Both the patient’s and the clinician’s concerns and comments should be recorded. Where appropriate and with the agreement of both parties, conversations around consent should be audio or video recorded and stored on the patient’s electronic record.

The report of the Cumberlege review has been widely anticipated and is essential reading for:

There are wide-ranging and challenging recommendations across a range of areas, although it is not yet clear to what extent they will be adopted or adapted. For now, however, the following observations can be made:

Firstly, while it is depressing to read yet another report highlighting problems in the healthcare system (e.g. Bristol, Mid-Staffordshire, Francis, Patterson), such reviews are essential to the goals of establishing facts, learning lessons, and providing an opportunity for catharsis and redress.

Secondly, although there is a difficult balance to strike between innovation and patient safety, the balance needs to be right. When the balance has become skewed, it is vital to acknowledge and accept when clinical interventions (whether through medicines, devices or procedures) cause harm.

It is to be welcomed that upfront acknowledgement has been given that all three interventions considered in this review were used on women and that the resultant harm happened either during the course of pregnancy or otherwise while seeking to treat pelvic prolapse and incontinence, which is sometimes a consequence of pregnancy and childbirth. We know that the cost of obstetric and gynaecology claims is vast, with damages awards to children in birth injury claims often running into tens of millions of pounds. We also know that claims from mothers injured during pregnancy and childbirth can be significant. This is entirely understandable where children with life-limiting injuries and disability need cradle to grave care and mothers are struggling to cope with their own highly debilitating injuries. Simply put, the care and treatment of women, particularly women in pregnancy, and children in utero must be at the very top of the patient safety and improvement agenda. If it is not, we will all suffer the consequences.

The report also makes important observations and recommendations in the area of informed consent. While it is dispiriting to have to read such recommendations some five years after the landmark Supreme Court decision of Montgomery, some of the recommendations are to be welcomed. Audio or visual recordings of consultations and conversations around consent would provide compelling and contemporaneous evidence that could halt many clinical negligence claims before they have got off the ground (whether that is because they are discontinued or settled) and could be a valuable tool to reduce legal costs associated with these cases. Whether patients and clinicians will accept this as a matter of course is another thing.

If the recommendations of the review are taken forward, it is clear that data and digital health technologies will have a crucial role in implementing them, perhaps nowhere more so than in the data harvesting necessary to set up the recommended mesh database and registries. Indeed, the Secretary of State has already mandated the requisite data collection by NHS Digital.

Finally, but essentially, patients must be listened to and heard. As Baroness Cumberlege says in her Letter to the Secretary of State, while we literally applaud our health and social care workers for their heroism and commitment, the healthcare system can sometime forget that patients are its very raison d’etre.

If someone forwarded you this article, you can sign up to receive relevant mailings via this link. 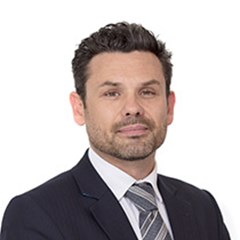