The vast majority of residential flat leases are drafted on the basis that tenants cannot sue each other directly for breaches of covenant.  Instead they contain a clause where the landlord covenants with each tenant that all the leases will contain similar restrictions and (subject to conditions) each tenant may request the landlord to take enforcement action against another tenant.

But what happens when the landlord gives consent to one tenant to do works or to anything else which is prohibited under a clause in all the leases?  Does this mean that the landlord will be in breach of the lease itself if it agrees a licence with that tenant?  This was the situation facing the Supreme Court in the recent case of Duval v 11-13 Randolph Crescent Ltd [2020] UKSC 18.

One of the tenants (W) wanted to remove part of a load-bearing wall in contravention of clause 2.7 and applied to L for a licence to enable the works to be carried out.  L was willing to do this although another tenant, Dr Duval (D) objected.  D’s argument was that L had covenanted to enforce clause 2.7 which contained an absolute prohibition against doing the type of works which L had agreed to; therefore L could not simply waive compliance with that covenant as that would mean L could not then enforce it.

The Supreme Court upheld the Court of Appeal’s decision that the proposed grant of a licence by L to W would be a breach of its obligations to D and found in D’s favour.  Both courts took a similar view and considered the following:

The Supreme Court’s ruling is likely to have a wide impact on both absolute and qualified covenants in residential leases.  Although the court’s decision turned on the implication of a term into D’s lease in relation to the potential breach of an absolute covenant, the same reasoning applies to any absolute covenant, even minor ones.  For example, where leases prevent tenants from keeping pets, the landlord will be in breach of all the other leases if it allows one tenant to keep a cat.

The same logic would apply to qualified covenants which are not strictly complied with, for example, when a tenant asks for retrospective consent for works it had carried out which needed prior consent, the landlord would be in breach by granting this.

The Supreme Court also re-stated the law that the limitation period for a breach of covenant is 12 years, so it is possible for disgruntled tenants to object to works their fellow tenants carried out some years ago.  A failure to enforce against one tenant could leave the landlord open to a future claim by another tenant, with the risk of such a claim lasting for the limitation period.  Although most claims will not end up in court (damages are likely to be minimal) the nuisance value alone can cause headaches for landlords and their managing agents.

This case is a reminder that landlords should be clear when they can give consent – granting a licence to a tenant in contravention of a covenant can result in unforeseen consequences – so check carefully first! 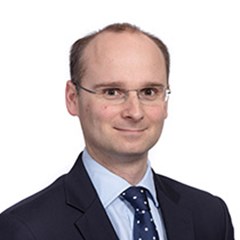