A recent Tussell report* shows the dramatic impact on public procurement activity during the Covid-19 crisis but also demonstrates tentative signs of vigour returning to the marketplace. In May 2020 only half as many invitations to tender were published against the 2019 monthly average (1248 against 2400). However, even this low figure represents an upturn from the lows of March and April 2020 indicating that the sectors covered by public procurement may be showing the very first signs of increased economic activity.

The report also reveals a number of recent procurement trends. There has been a clear trend towards increased use of direct awards (likely under Regulation 32 of the Public Contracts Regulations) rather than openly advertised competitive procurement procedures. We have previously commented on the mechanisms available to contracting authorities to procure quickly and efficiently, including in making direct awards where they are justified. Though heavily relied upon recently and in part the subject of recent Government Guidance in PPN 01/2020, the tests for whether a direct award of an above threshold public contract without competition is justified are not new. Exemptions to the general obligation to advertise such contracts have existed for many years and are subject to strict judicial interpretation. As time goes on, reliance on Covid-19 as being an unforeseeable circumstance necessitating letting a contract with extreme urgency so as to meet one of the tests for making a direct award may become an increasingly shaky basis upon which to award a public contract without competition.

Another notable point arising from the report is that large numbers of high-value public contracts are being awarded to participants who are not regular competitors in this field. Around one quarter of contracts, worth well in excess of £200 million, have been awarded to economic operators not previously identified as a party to a public contract**.

One sector that has seen extensive use of direct awards is freight transportation, with the Department for Transport having awarded 17 contracts for emergency freight capacity, including six to P&O Ferries worth some £13 million. It is not too long ago that P&O and the DfT found themselves on opposing sides in relation to allegations of unlawful direct awards and as the Brexit Ferries contracts saga exposed reliance on reasons of extreme urgency in making direct awards of public contracts can be problematic if the reasons do not stand up to scrutiny.

It remains to be seen whether these trends will continue. As time goes on and society, and public spending, adjusts to the new reality of living with Covid-19 we would anticipate that the number of contracts awarded without an advertised competition would drop significantly, reflecting the narrowness with which the procurement exemptions are drawn. Should that not be the case there may well be an uptick in economic operators who are not benefitting from direct awards looking to bring procurement challenges.

*Please note, to view the report you will be asked to enter some details.

** See in particular the award of a contract worth £108 million for supplies of PPE to Pestfix, a contract that is now the subject of an application for judicial review: https://www.localgovernmentlawyer.co.uk/procurement-and-contracts/402-procurement-news/44011-government-facing-legal-challenge-over-urgent-award-of-108m-ppe-contract 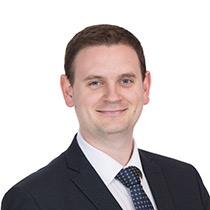 Legislative proposals for a Health and Care Bill