I am sure property lawyers will agree with me when I say “Jeremy Clarkson” and “easements” is a combination I never thought I would see on TV.  I also never thought I would watch an entire documentary series about farming and be so upset when the sun was shining in England for too many days in a row - but I guess Amazon Prime’s documentary series ‘Clarkson’s Farm’ has proved me wrong. However, “Clarkson’s Farm” has provided an amusing illustration of what can go wrong when you do not have all the necessary rights to access your land.  So what were the legal issues facing Mr Clarkson when he tried to open his Diddly Squat Farm Shop and what can we learn from his adventures?

The series follows the trials and tribulations of Jeremy Clarkson over eight episodes as he tries to run his 1,000 acre farm in Chipping Norton.  Each episode is a new challenge for Jeremy from buying a flock of sheep to growing wheat, barley and rape.  In episode three, Jeremy has the bright idea of building and running a farm shop on his land.  This idea came to him after he visited another farm shop and paid over £80.00 for his ploughman’s platter and not surprisingly, saw a business opportunity unfold before him.  Admittedly, Jeremy realised that he would need planning permission, but had not anticipated any other hurdle - the main one being to check that he had the necessary rights to enable customers to visit his shop.

Jeremy picked the location for his shop because it was an area not being used for farming and was currently a wasteland.  It seemed ideal for what he had in mind as it had road access via a gate and nearby was a caravan site.  Jeremy was thrilled – an endless supply of customers and the perfect setting - or so he thought.

After Jeremy dealt with the objections to the farm shop and was granted planning permission, he started building works, but when most of the structure was complete he had a visit from his agent “Cheerful Charlie” with some less than cheerful news.  Charlie informed Jeremy that he had checked the title deeds and discovered Jeremy did not own the access gate or a small corner of the field.  Although Jeremy had the benefit of a right (easement) to access the field from the road and use the gate, that easement was limited.  The right of access and right to use the whole corner of the field was restricted to “agricultural use only” – a bitter blow meaning that neither Jeremy nor any of his customers could access the farm shop.

Undaunted, Jeremy approached the owner of the field to see if they would give permission to extend the easement across the corner of the field and the gate for the purpose of accessing his new business venture.  Luckily there was a happy ending to this saga as the adjoining owners gave permission which enabled the Diddly Squat Farm Shop to open.

What can we learn?

Jeremy’s experience is a common one and highlights why it is important to be aware of any restrictions in your title deeds before you start planning works for a new development or change of use.  Jeremy was lucky as the owner of the accessway could have refused to extend the easement, which would have left him considerably out of pocket.  Although approaching the owner worked out well for him, this needs to be considered carefully depending on the circumstances.  Legal advice should be sought before entering into discussion with anyone in relation to extending or altering an easement or where you may be in breach of existing rights.  Options may include indemnity insurance but approaching a third party could adversely affect the ability to obtain this or to make a claim under an existing policy.

We applaud Mr Clarkson for highlighting “the easement” and now that he has one, we hope it will be used to make Diddly Squat Farm Shop a success!

This article was written by Patricia Cifani, Trainee Solicitor. 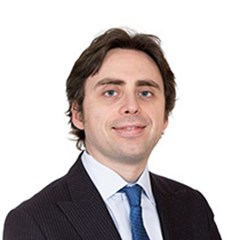 I am a commercial property lawyer acting for clients within...