A low carbon energy centre which will provide energy to thousands of homes in East London has moved a step closer after the council-owned company behind the development appointed specialist contractors, advised by a team of experts at law firm Bevan Brittan. 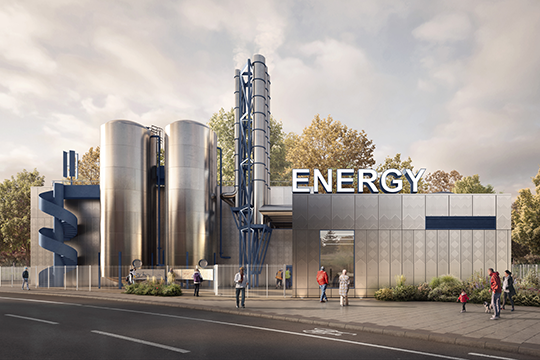 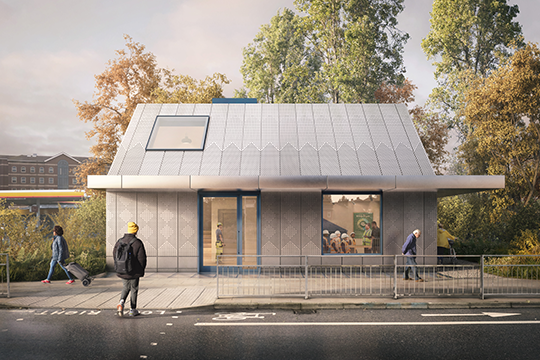 All images to be credited to Sechi Smith and architects alma-nac.

B&D Energy Limited, which was set up by Barking and Dagenham Council as part of its bid to be the ‘green capital of the capital’, has appointed mechanical, electrical and construction specialists Ameresco Ltd to work on the development of the Barking Energy Centre, with work expected to begin before the end of the year.

When it comes onstream, the Centre will support energy security, inward investment and localised expansion of the Barking heat network, which could help tackle fuel poverty.

Energy sector specialist Nathan Bradberry, the partner and head of energy and resource management team who led the Bevan Brittan team advising B&D Energy on the innovative project, said the contract was a key stepping stone for B&D Energy’s successful delivery of a borough-wide heat network

He said the new Barking Energy Centre, will not only provide security of supply for thousands of local people but would also enable lower-carbon new energy technologies to be introduced in the future, helping the Council to achieve its net zero ambitions.

Nathan added that the project could also provide a model for other local authorities to follow and help them make significant strides towards addressing their net zero strategies and climate emergency declarations.

District heating networks – a distribution system of insulated pipes that takes heat from a central source and delivers it to a number of buildings – are one of the key pillars of the Government’s energy strategy, with the Committee on Climate Change advising that 18% of the UK’s heat supply will need to come from heat networks by 2050.

Nathan said: “We see a project like this as a future enabler and a potential blueprint for equivalent projects to provide low carbon heat. The Energy Centre is technology agnostic so it can be adapted to incorporate even lower carbon forms of energy as they are developed and become available, helping to deliver both lower cost and lower carbon energy for thousands of people and help us on the journey to net zero.”

“We are delighted to have been able to help move this strategically important project forward and look forward to working with B&D Energy as the project, and their heat network, develops further. The uncertain cost of construction materials was an issue we had to work around but we managed it and it will be exciting to watch this energy centre come to fruition.”

Paul Newton, General Manager for B&D Energy, said: “This contract award marks a significant step for B&D Energy and enables the London Borough of Barking and Dagenham to practically reduce the use of carbon in the future, with the functionality included within the agreement to allow for future development.”

Plans for the decentralised energy centre, designed by architects Alma-nac, were approved by the Council in April. The appointment of Ameresco is the next step in moving the project, described as a ‘strategically significant scheme’ by the Council, forward.

The development will see two adjoining buildings and two external heat storage vessels built on the site next to the A124 and aims to deliver fair priced heat to residential customers and is a direct response to the Council’s declaration of a climate emergency.

The Energy Centre is expected to supply low carbon energy to around 10,000 homes in Barking from the end of next year, with construction work scheduled to begin later this year in what is one of the largest projects of its kind in the country.

I am a corporate lawyer and act for a wide...

I am a commercial and projects lawyer. I advise on...