The judgment is significant for several reasons: it relates to a high value contract of public importance (a £4.211 billion funding limit had been set for the first seven years of the contract which had a maximum duration of 14 years); it found that the winning bidder should have been disqualified (and that it should not have been the winning bidder in any event following adjustment of the scores); and it covers a number of important issues in procurement law and in civil litigation more generally.

Over the next few weeks Bevan Brittan will be considering the lessons to be learned from the judgment in a series of articles. This first article relates to the importance of record keeping in procurement.

A number of recent procurement cases have highlighted the importance of the audit trail in demonstrating that the procurement process has been conducted properly. For example in Geodesign Barriers Ltd v The Environment Agency [2015] EWHC 1121 (TCC) Coulson J observed that "the absence of a contemporaneous Tender Evaluation Report of any kind in this case raises a significant question mark as to the transparency and clarity of the procurement exercise."[1] He went on to say that the fact that the claimant's case could not be described as strong on the face of the pleading was balanced out by the fact that the evaluation process looked questionable on the documents.[2]   In Woods Building Services v Milton Keynes Council [2015] EWHC 2011 (TCC), Coulson J was similarly unimpressed with the notes produced by evaluators which he said were "brief and unhelpful conclusions, not reasons to explain the scores given" and considered that the absence of clear reasons to explain a particular score had led to uncertainty in the Council's case.[3]

The Energysolutions case has reinforced the importance of a clear audit trail. In this case there were problems with the lack of note taking and also with the approach taken to actively limit the material available in relation to evaluation:

One of the most interesting aspects of the NDA's approach to document retention was that it appeared to have arisen from concern about a potential legal challenge and had been taken in response to advice that handwritten notes must be kept for audit purposes in the event of a legal challenge. Fraser J stated that "In circumstances where there is an express obligation of transparency upon the NDA, this approach to note and record keeping, and sensitivity about retaining written material, simply does not seem to me to be justified."[7] He went on to emphasise that "the more comprehensive and robust the record of the SME's [the evaluators] evaluation, the stronger the NDA would have been in terms of any challenge, assuming the evaluation was done correctly. Thus, ironically, in my judgment the NDA's approach to note-taking ran counter to its objective."[8]

The Energysolutions case highlights the importance of the audit trail in conducting a transparent procurement process and how a detailed record of the evaluation and the decision making in relation to procurement can be an invaluable tool in justifying a contracting authority's decision making both to a dissatisfied bidder and to the courts. We have considered in more detail the importance of the audit trail in this article. This also ties in to the contracting authority's reporting obligations under Regulation 84 of the Public Contracts Regulations 2015 explored in our Procurement Byte 19. 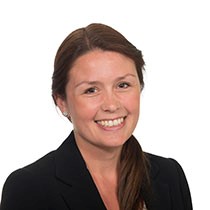 I specialise in commercial dispute resolution with a particular focus...