Drainage rights are crucial to the success of a development, yet these rights rarely hit the headlines as the commonest disputes tend to be around planning or title issues.  The recent case of Bernel Ltd v Canal & River Trust [2021] highlights how troublesome these rights can be when they are either not documented or there is insufficient proof that they exist.  The only option for the developer in this case was to claim it had pre-existing rights, but how easy is it to rely on either prescriptive rights or riparian rights to provide drainage for a development?

Bernel Ltd (B) owned a site with planning permission to build nine houses which would need to drain onto neighbouring land owned by Canal & River Trust (the Trust).  B was unable to reach an agreement with the Trust for permission to do this.  An old pipe provided some drainage from the site onto the Trust’s land so B claimed that it had a right to drain on the basis that either:

The High Court rejected B’s arguments.  Before a riparian right could be claimed, the court had to be satisfied that the existing drainage arrangements through the old pipe could be regarded as a natural watercourse.  On the facts, the court agreed with the Trust that there was no natural watercourse and no stream of water flowing in a defined channel.  There was insufficient evidence that significant amounts of surface water drained from the site onto the Trust’s land through this pipe.  In addition, reports showed that surface water percolated naturally through the ground, with some run-off onto the Trust’s land, but this was not through the old pipe.

B’s claim to a prescriptive right based on long usage of the pipe to discharge surface and foul water also failed as B was unable to provide sufficient proof of this.

The court looked at previous authorities and considered that:

The Trust was able to provide expert evidence on the nature of the site and the catchment area which led the court to decide that there was an insufficient regular flow through the old pipe to prove it was a watercourse.

Although B was unable to provide the evidence required to prove it had a prescriptive right, the court went onto explain what it would have decided had B been able to do so.  This involved looking at the physical extent of the land which was originally one house and garden with an adjoining field (where the nine new houses were planned to be built).  The court took the view that even if a prescriptive right had been established, then that right would only extend to the house and garden and not the site as a whole.

This view was further supported by the radical change in the identity of the site from one house to nine houses on the larger adjoining field.  Therefore, B’s claim would have failed even with evidence of a prescriptive right to drain due to the change in identity and increased extent of the land claiming this right.

Although the developer was unsuccessful in this particular instance, the High Court provided helpful guidance in relation to making a successful claim for either riparian or prescriptive rights.

Developers will be encouraged by the court’s view that had the old pipe been established as a watercourse, then draining surface water and treated foul water (in accordance with a permit from the Environment Agency) would permit “reasonable drainage operations” on the land.  The developer would then be able to rely on its riparian rights to do this.

It is always advisable to have drainage rights clearly documented, either in a deed of easement or in the deed transferring the title.  But bear in mind the court’s comments in this case, which apply equally to formal rights as well as those claimed by prescription; difficulties can still arise when the identity of land changes or there is a considerable increase in the use of the easement from that which was originally granted.  It will be interesting to see if future cases follow the same reasoning, but one lesson remains clear, developers should check drainage rights carefully to avoid buying land they may not be able to develop. 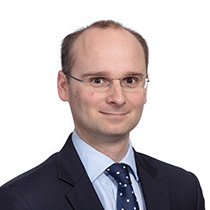