Can an employee who has two different jobs continue working for one employer whilst being signed off sick from another?  Mike Smith looks at the recent case of Perry v Imperial College Healthcare NHS Trust which has helped clarify this issue further.

The employee (‘Ms P’) worked for both Imperial College Healthcare NHS Trust (‘Imperial’) and Ealing Primary Care Trust (‘Ealing’). The work she undertook at Imperial involved cycling to patient’s homes and climbing stairs, whilst the work at Ealing was desk bound only. Her combined hours did not exceed 48 each week. Ms P had a knee condition which prevented her carrying out her duties for Imperial; she was therefore signed off sick and was in receipt of sick pay which included statutory sick pay. She was however able to continue with her Ealing job as this was completely separate in nature and did not put any stress on her knee.  This was confirmed in writing by her GP.

Imperial carried out a disciplinary procedure after discovering that Ms P was continuing to work for Ealing whilst she was signed off sick. Ms P was subsequently dismissed on the basis that she had ‘intentionally defrauded a large amount of money’ from Imperial as she was receiving sick pay whilst continuing with paid work elsewhere. Ms P appealed this decision.

On appeal Imperial changed its reasoning for the dismissal, and sought to rely on a clause in Ms P’s contract which prevented her from working elsewhere during sick leave without prior permission from her manager.  Imperial therefore raised the fact that her failure to inform them that she was fit for desk-based work had denied them the opportunity of redeploying her. Ms P argued that she did not think this particular clause applied to her and that she was of the view that it referred to taking up a new job whilst on sick leave, not continuing with an existing second job.

The dismissal was confirmed, with Imperial going so far as to state that Ms P had acted in bad faith in failing to seek permission and therefore had deliberately sought to deceive.

Ms P brought a claim for unfair dismissal which was dismissed by the Employment Tribunal and so she appealed to the EAT.

The appeal was upheld by the EAT who found that the dismissal was unfair.  They held that an employee can be medically unfit for work under one contract, while still capable of work under another contract. In this case Ms P was not paid twice as there was no overlap in the hours of the two roles. The original decision to dismiss on the basis of fraud was therefore legally and factually misconceived.

In their Judgment the EAT referred to a passage from HMRC Employer Helpbook for Statutory Sick Pay which deals with employees who work under two separate contracts. Provided the contracts are not with the same employer or two associated employers (which these were not), the employee can claim statutory sick pay if incapable of work under one contract, while still capable under the other.

The EAT was of the view that the requirement in Ms P’s employment contract to  seek permission was not designed to provide Imperial with information regarding redeployment but to ensure that the second job with Ealing was consistent with the employee being unfit for the duties with Imperial and that it would not hinder a return to her role with Imperial. The EAT held there was no reason for Imperial to have been concerned about either issue as the employee had provided a letter from her GP which addressed this adequately.

The compensation to Ms P was, however, reduced by 30% to account for her failure to seek permission to carry on her second job for Ealing. The EAT held that the contractual obligation to seek permission for other work during sick leave did apply to the employee despite her reasonable belief that it did not. Imperial were therefore entitled to doubt the employee’s good faith at the time.

What does this mean for employers?

The decision in this case highlights two key points for employers in the handling of both misconduct and sickness. 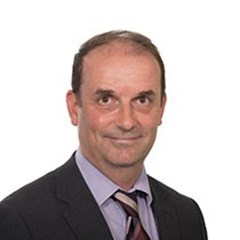