In this article we explore the obligations placed upon contracting authorities in respect of debriefing unsuccessful selection questionnaire ("SQ") applicants. In particular, we highlight the "gap" in the Public Contracts Regulations 2015[1] ("PCR") which organisations may have encountered or, otherwise have been unaware of, and how we think it should be addressed.

Under the PCR there are two types of clearly specified debriefing obligations that contracting authorities must comply with in addition to the obligations to notify suppliers of decisions made during and at conclusion of the procurement process:

As will become clear, the wording within the PCR does not expressly provide for the situation where contracting authorities choose, of their own accord, to debrief suppliers at the SQ stage.

When suppliers submit an SQ to participate in procedures other than the open procedure, contracting authorities more often than not use this pre-qualification stage to reduce the number of suppliers they wish to invite to tender.

PCR 55(1) obliges contracting authorities to inform unsuccessful candidates or tenderers of decisions concerning the conclusion of a framework agreement, the award of a contract or admittance to a dynamic purchasing system and also to provide the grounds for the decision. This provision does not however, refer specifically to a decision to reject an SQ application.

This means that there is a gap in the PCR leading to the question "what are contracting authorities obliged to tell unsuccessful SQ applicants when they decide not to select them?"

Whilst it is arguable that the PCR intentionally did not cater for debriefing unsuccessful SQ applicants (because it was envisaged that debriefing would only occur upon request or, at the end of procurements, during standstill), our view is that it is open to contracting authorities to debrief unsuccessful SQ applicants once the SQ process is complete, rather than waiting until the standstill stage. Indeed, PCR 86(7)(a)(ii) envisages that contracting authorities may have elected to debrief suppliers at the time a decision is made, i.e. at the SQ stage, and excludes from the definition of "candidate" (to whom a contract award decision notice should be sent) those candidates who have already been informed of the rejection of their application and the reasons for it.

So where this voluntary earlier debriefing takes place, how much information should a contracting authority provide?  If the aim is to ensure that PCR 86(7)(a)(ii) applies, such that it may not be necessary to debrief again during standstill stage, then contracting authorities will at least need to ensure that the candidate has been informed of "the reasons" for the rejection. But how much detail should the authority go into? Regulation 18 requires authorities to act in a transparent manner (as do the general EU and public law principles) but, does this mean providing a full breakdown of reasons for rejection?

There are certainly advantages in acting transparently, not least because it may help flush out potential complaints about de-selection earlier in the process. Contracting authorities will however, have to be careful not to release any commercially sensitive or confidential information, or information which could create an un-level playing field in the event the procurement has to be abandoned and re-run.

Where contracting authorities opt to debrief at this time they should provide suppliers with sufficient information so that they can identify why they were not selected. In terms of the amount of information to be provided, this will depend on the facts of each case. Seeking to debrief unsuccessful SQ applicants at an earlier stage of a procurement process may also be undertaken for strategic reasons, which we can advise on separately.

Our view is that it is possible and, there would be merit in providing debrief information to unsuccessful SQ applicants at the point of shortlisting, despite the absence of any specific requirements in the PCR.

Providing debriefing information to unsuccessful SQ applicants at the point at which an assessment is made has two main benefits. Firstly, it may start time ticking in respect of some remedies from the moment where this debriefing information is provided.[4] Secondly, debriefing at this earlier stage/point of elimination is far less disruptive than if it were to be conducted towards the end of the procurement process in the event a complaint/challenge is brought. This is because the possibility of rewinding a stage of the procurement process will be more manageable (for example, where a supplier was incorrectly de-selected) and, it is also considered less likely that the automatic suspension remedy would be pursued at this early stage.

[4]               Although, it is not impossible for a further cause of action to arise later, for example, where further information comes to light or a later breach of the procurement rules takes place 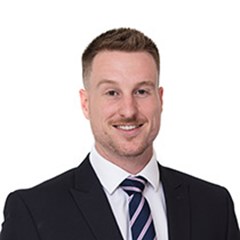