In the long awaited judgment from the High Court, the court has held in Worcestershire[1]that the Health Secretary’s interpretation of establishing ordinary residence under section 117 of the Mental Health Act 1983 was wrong. This article looks at the court’s reasons for rejecting the Health Secretary’s interpretation and what this means for determining ordinary residence in practice.

A re-cap – what was Worcestershire about?

JG was living in Worcestershire when she was detained under section 3 of the Mental Health Act 1983 (the “MHA 1983”) in 2014. On discharge from hospital some months later, JG was in receipt of section 117 aftercare services which included the provision of accommodation in Swindon funded by Worcestershire County Council.

JG was subsequently detained under section 3 of the MHA 1983 in 2015, and left hospital following discharge from section in 2017. The question here was which authority should be responsible for funding her second period of aftercare following discharge. The Health Secretary’s initial determination was that Swindon Borough Council was responsible on the basis that JG was living there immediately before she was detained.

On further reconsideration of the issue, at Swindon’s request, the Health Secretary reviewed the matter and determined that Worcestershire County Council was in fact responsible. This conclusion was at odds with the department’s Care and Statutory Support Guidance.

or in the alternative –

We will look at each proposition in more detail below.

In Cornwall the Supreme Court decided that where a child who was living in accommodation provided under the Children Act 1989 becomes an adult and was entitled to accommodation under the National Assistance Act 1948 (since replaced by the Care Act 2014), their placement under the Children Act 1989 does not affect their place of ordinary residence. Put simply, the individual will remain ordinarily resident in the area of the ‘placing’ authority. Despite clear case law to the contrary (albeit not decisions of the Supreme Court), it was put forward that the reasoning in Cornwall applied to section 117 and therefore JG’s placement in Swindon was irrelevant – she would have remained ordinarily resident in Worcestershire.

Linden J made it clear that this reasoning was wrong noting that the Cornwall case applied to the Children Act 1989 and National Assistance Act 1948. Of note, Linden J held that “the position under the 1948 Act and the 1989 Act should not necessarily be ‘read across’ to the 1983 Act or vice versa. This was not because the relevant terms of the 1983 Act were different […] it was also because section 117 is a free standing duty” [87].

Again, Linden J was not willing to accept this line of argument – “it seems to me that section 117 contemplates that on each occasion that a person is to cease to be detained under section 3 or any of the orders or directions referred to in section 117(1) of the 1983 Act, and is to leave hospital, the question as to appropriate after-care services will arise and will be addressed by whichever bodies owe the section 117(2) duty at that time.

Linden J held that the wording of the MHA 1983 is clear; responsibility for aftercare services will fall on the area in which the individual was ordinarily resident when the decision for them to be detained was made.

Linden J recognised that in order for responsible bodies to discharge their duties under section 117, a decision needs to be made that the individual no longer has section 117 needs [152]. He went on to say “no decision by Worcestershire under section 117(2) was required to achieve the result that Swindon was responsible for the provision of after-care services” at the end of her second detention. [151].

Linden J concluded that “I disagree with the Defendant’s view that because there was no section 117(2) compliant decision it follows that Worcestershire, and not Swindon, owed the duty to provide after-care services in respect of JG’s release from her second period of detention.” [159]. Linden J did accept that there may be circumstances where elements of the section 117 duties continue after a subsequent detention, but not in relation to the subsequent period of aftercare [152-153].

For all of these reasons, the decision of the Health Secretary was quashed.

Following Worcestershire, the correct test to apply in determining ordinary residence is the Shah[3] test – i.e. the person’s abode which they have adopted voluntarily and for settled purposes as part of the regular order of their life for the time being whether of short or long duration.

The judgment also confirms that section 117 operates as set out in the Care and Statutory Support Guidance, this being –

“Ordinary residence disputes raising similar issues to those in the Worcestershire case will be stayed until we have final clarification as to the correct approach to ordinary residence for the purposes of section 117(3) of the Mental Health Act 1983.”

For more information about how ordinary residence is used to determine the responsible health commissioner for s.117 aftercare, please see our overview here. 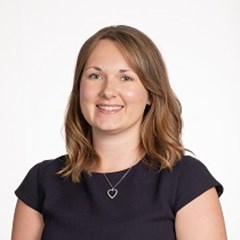 I am a solicitor working across the Health, Care and...