The possibility of the UK leaving the EU without a deal has been a risk since 23 June 2016. The UK and EU policymakers have no doubt of how serious the consequences of a no deal would be for the UK and the EU’s 27 economies and business communities.

The majority of policy makers agree that if the UK leaves the EU in a disorderly fashion, the disruption for businesses would be enormous. Following last night’s Parliamentary vote, the Prime Minister has indicated her intention for the Government to do all they can to remove the threat of a no deal.

If the Withdrawal Agreement is to be approved, the Government would need to do all it can, even at this last hour, to address the legitimate questions about how regulation and VAT would work in a backstop. It appears the EU would also need to make a major step forwards and compromise on a UK-wide solution for the backstop.

Businesses are clear they wish to see no physical borders for Northern Irish trade – either East West or North South. The EU’s reassurances on the Withdrawal Agreement do not appear to have been enough and last night’s vote defeat now opens up a range of outcomes, including a renegotiation of the UK’s EU withdrawal agreement, no deal, a second referendum or a general election.

Businesses across the UK and the EU 27 countries must continue to brace themselves for continued uncertainty that will be here for some time to come. In the meantime we continue to advise clients to ready themselves as best as they can. Businesses should, for example:

For those businesses bidding for public sector contracts, the government has confirmed that the existing procurement rules will continue broadly to apply even in the event of a no deal. This means that opportunities should still be advertised and competed as previously, although notices would have to be posted on a new UK notification service in the event of a no deal rather than Tenders Electronic Daily.

Brexit is also likely to create M&A opportunities, given the pressure on sterling, and a larger number of purchases out of insolvency.  Businesses should therefore assess and plan to put themselves in the best position to take advantage of those opportunities when they present themselves. In relation to current M&A deals, parties should:

The different Brexit scenarios still possible could offer significantly different positions on State Aid. The proposed deal or a customs union is most likely to result in a continuation of the existing rules around government support for businesses whilst a no-deal exit could see state aid rules as we know them cease, and a likely new government wanting to take material steps to intervene and stimulate the market in a way that would be difficult under the existing State Aid rules.

Businesses that are engaged with support from government (or existing European Union funding) or could benefit from new forms of support should keep the position under review to consider whether new opportunities or threats arise.

With the Government’s withdrawal agreement being voted down and the future for Brexit as uncertain as it has been, there is no doubt that both EU and UK nationals in employment in the UK will be concerned about the implications for job security.  For EEA staff, obviously the stakes are higher although the Government has repeatedly made it clear that even with a no deal scenario, existing rights will be honoured and the settled status scheme continued.  Employers should therefore continue to support their staff as best they can by:

But employers must also plan ahead for the workforce challenges which will arise over the coming months and years flowing from Brexit. These are likely to include:

None of these are insurmountable – and indeed some opportunities may emerge when the dust settles - but employers must recognise the urgency of addressing these issues as soon as possible – or risk losing their staff to more proactive and empathetic competitors. 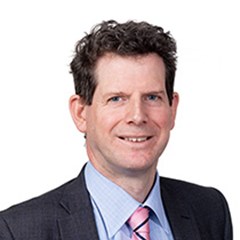