In response to the Coronavirus pandemic, the Government moved quickly to introduce a number of measures designed to prop up the economy at a time when economic activity across the nation ground to an almost complete halt. One of the Government’s aims has been to protect the position of occupiers of commercial property. In this update, we consider those changes and whether they may go further than the Government actually intended.

The new landscape for commercial property

The two main changes introduced to safeguard the interests of occupiers of commercial property (one of which is legislative and the other procedural) are as follows:

As will be seen, these provisions overlap and their impact needs to be considered together.

Three month moratorium on forfeiture for non-payment of rent

Section 82 of the Coronavirus Act introduces a ban which prevents a landlord from enforcing a right to forfeit a commercial lease for non-payment of rent during the moratorium period which runs from 25 March (the March quarter day for many tenants) and 30 June (or such later date that the Government imposes if the moratorium period needs to be extended). It is irrelevant whether the rent that is in arrears fell due before the moratorium period.

This is intended to provide businesses who lease premises some security regarding their occupation, when it is likely that a large number of them will be unable to meet their rent obligations due to the economic slowdown.  For this reason, ‘rent’ means any financial payment due under a lease and so a lease cannot be forfeited simply because the tenant fails to pay any sum due under the lease. The rent and other sums due under the lease in question remain due and owing; it is just that the landlord is prevented from physically re-taking possession or enforcing a right of forfeiture by court order until after 30 June.

The moratorium catches both new and existing forfeiture actions. It prevents new claims being issued during the moratorium period. For cases started before the moratorium came in, the court is prevented from making an order for possession that would take effect so as to require the tenant to vacate before 30 June. However, this subtle distinction has been made largely irrelevant by the introduction of new Practice Direction 51Z into the Civil Procedure Rules (see below).

Of course, the Government’s job is not only to look out for commercial tenants. Commercial landlords also need help through this difficult period, and it may be that many such landlords are dependent on the rental income from tenants for their own financial survival. To try to achieve this balance, two points are to be noted:-

Overall, the intention of the Government in implementing Section 82 is clear. It is designed to provide a period of time during which commercial tenants cannot lose their premises during the first three months of the fight against the pandemic, because they are unable to pay the rent or other sums due under the lease. It reflects the economic reality that Coronavirus has resulted in a period of very serious economic challenge for all businesses and seeks to provide commercial tenants with some much-needed breathing space.

However, the sums falling due during the moratorium period will still need to be paid when it ends, unless a landlord is willing to waive them on a case by case basis. The prospect of forfeiture once the moratorium ends will remain on the horizon, and it may mean that an unwanted consequence of the moratorium is that it may simply store up financial problems for July onwards (when many tenants will be suffering from several months of poor trading).

That said, whether landlords will have the appetite to take such action will depend on the economic climate at that time – it may well be that they won’t, if – as looks quite possible - their prospects of re-letting to a new tenant will be poor. For that reason, many landlords may take the view that it is far better to work with rather than against their tenants through the crisis, for example by varying rent payment arrangements.

Alongside the new Act, on 27 March the Civil Procedure Rules were amended to introduce the new Practice Direction 51Z. Its sole purpose was to bring in:-

Although the new Practice Direction was introduced with considerably less fanfare than the Act, its effect is much more wide-ranging and significant. For commercial property owners, it means that no procedural steps can be taken in any ongoing possession proceedings prior to 25 June[1]. Whilst it is arguable that although the ban would prevent new proceedings being served it doesn’t stop them being issued at court, our experience is that the courts are declining to issue any new claims during the ban. Of course, the ban does not prevent the parties to a dispute from continuing to liaise with a view to resolving or at least narrowing the issues between them.

The Practice Direction was introduced against a backdrop of the Government announcing that it was taking action to protect renters and commercial tenants from possession action for breaches caused by Coronavirus (i.e. the inability to pay the rent), but the drafting of the Direction means it is of much wider-application. The stay applies to all possession proceedings under Part 55 of the Civil Procedure Rules, which include:

The position regarding squatters – or other unlawful occupiers of premises (e.g. tenants who refuse to leave when their lease expires) - demonstrates just how wide the reach of the new Practice Direction is. In such cases, the building owner’s usual remedy is to obtain a County Court possession order, which is then enforced so that possession can be recovered and the building is secured. However, the Practice Direction now prevents such action being taken between 27 March and 25 June, depriving building owners of their most valuable remedy to keep empty property safe and secure during a very difficult period.

In the coming months, building owners may need to hope the Police will be able to assist them in dealing with unlawful occupation of commercial premises. However, we know that Police resources will be heavily committed to enforcing social distancing rules in their jurisdictions during that period. As a result, it may be necessary for property owners to employ more creative means such as seeking an injunction to compel squatters to vacate premises, as injunction claims are not affected by the stay. It is difficult to imagine that this is an outcome that the Government would have intended. 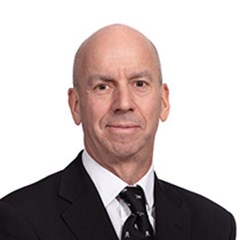