Top 100 law firm Bevan Brittan has seen its top band rankings increase in the latest edition of Chambers UK. The legal directory, which is based on feedback from clients and other professionals, has given Bevan Brittan a Band 1 ranking in seven practice areas. The national law firm is also ranked in a further 15 disciplines.

Lawyers from Bevan Brittan have also been singled out for praise, with 10 named in the highest Band 1 bracket and a further 34 lawyers ranked by Chambers. Demonstrating the firm’s focus on developing talent, five of its associates are recognised as ‘Associates to Watch’ and one partner is highlighted as an ‘Up and Coming’ lawyer.

Bevan Brittan’s social housing expertise is also recognised with a Band 2 ranking as ‘National Leaders (outside London)’, while the firm has been ranked UK-wide for Court of Protection; Health & Welfare (Public Sector Clients) for the first time.

A trio of lawyers have been given top ranking for their expertise in Social Housing:

Bevan Brittan’s Managing Partner Duncan Weir said: “The Chambers rankings matter because they are based on feedback from clients and other professionals.

“With 22 practice areas and 50 lawyers ranked, this success is another demonstration of the depth of legal talent at Bevan Brittan and is down to the hard work and determination to deliver for clients that I see around me every day across the business.”

These positive results come after Bevan Brittan announced its ninth consecutive year of growth, confirming it had exceeded £60m in revenue for the first time.

In May, the firm announced it had promoted 10% of its lawyers, with 32 colleagues successful across its four offices, including five new Partners, a new Legal Director, 13 Senior Associates and 13 new Associates. The firm also continues to attract talented lateral hires to the business. 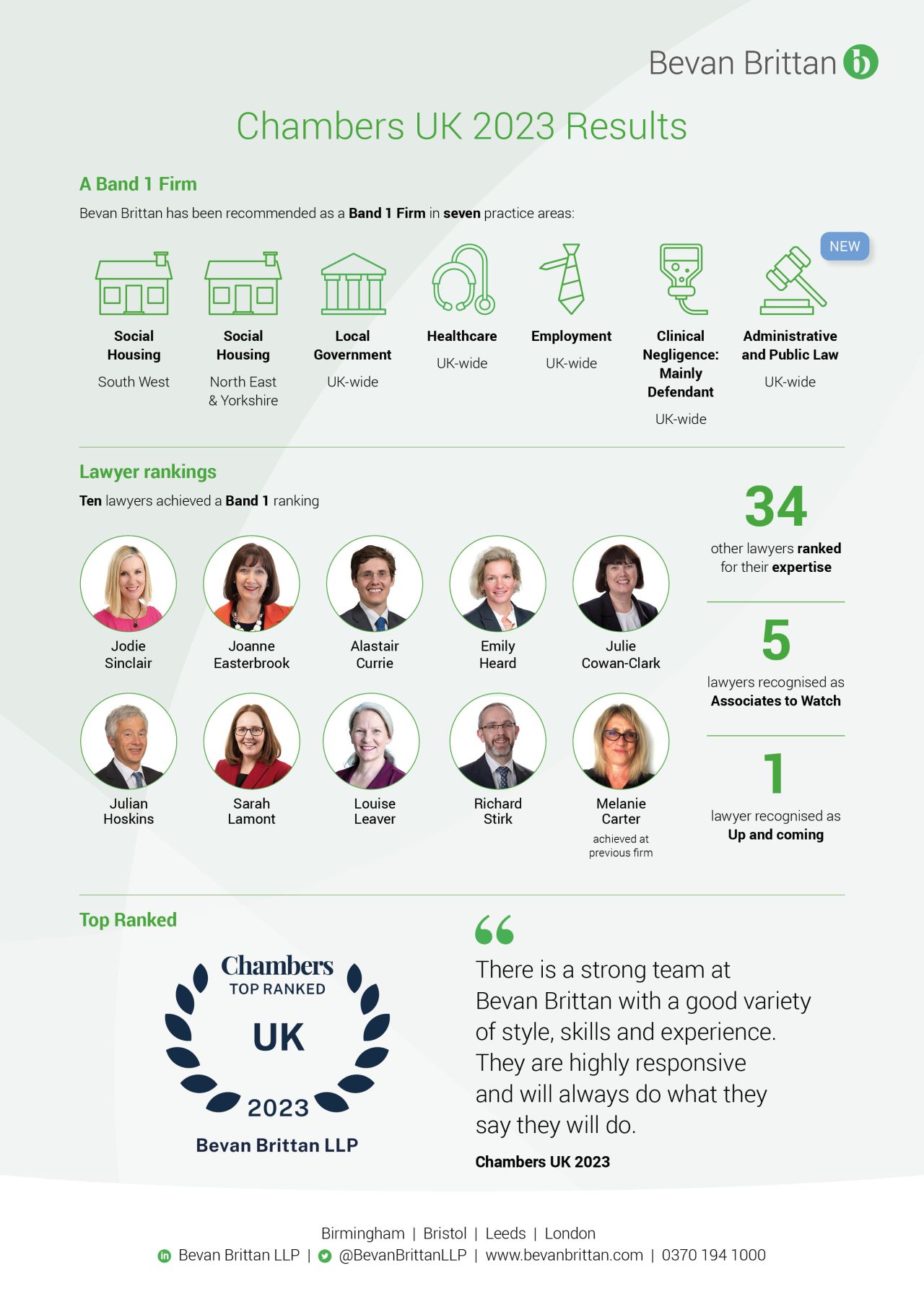 What Next for the Care Cap and Fair Cost of Care?

Update on NHS Governance Guidance – Guidance on good governance and...