Have you thought about: Governance?

Public concern is rising over climate change, and there is an enormous weight of expectation on local authorities to take the lead in creating low carbon and climate resilient places.

So far, more than half of English and Welsh councils (over 230) have declared a climate emergency. Most want their locality to be carbon neutral by 2030, and are now working hard to make that happen.

But climate emergency declarations are simply statements of intent unless they are followed up with measurable outcomes. Becoming carbon neutral isn’t easy: councils need to make strategic and operational decisions, supported by clear action plans that are widely supported and embedded in the authority.

How do you embed the climate emergency declaration?

Environment groups have long complained that many authorities have been slow to act, with little progress on policy-making, governance and meaningful action to reduce not only their own carbon emissions – but also in local communities.

Lawyers from ClientEarth have put 100 authorities on notice, warning them they will violate their legal obligations and risk legal challenge if they do not introduce “proper climate change plans”.

The Local Government Association (‘LGA’) says councils’ carbon reduction efforts are being restricted by a lack of long term funding, having to navigate a maze of government departments and agencies, devolved powers, and challenges with monitoring and implementation.

There is also lack of clear guidance from government about how it envisages that local government might invest public money most effectively.

Despite these challenges (and until any Environment Bill under a new Government becomes law) many authorities are considering how to commit to actions in support of their declarations. Some have developed comprehensive sustainability strategies involving council services - in particular, housing, waste and recycling, transport, planning, investments in regeneration and infrastructure, and financial modelling.

But creating a meaningful climate strategy takes time to develop and implement, when both resources and funding are very tight – what can local authorities do now, alongside the development of any overarching climate policy?

For some, energy saving is now core, and the opportunity to develop renewable energy projects that can also provide vital revenue.

Transport, housing and licensing are key areas where quick wins can be made such as introducing work place parking levies and mandating energy efficiency standards above Building Regulations.  Authorities may also decide to review their supply chains and procurement models, setting best practice rules to ensure all its stakeholders are supportive of sustainability ambitions.

Perhaps of primary importance, however, is sheer political will - and the collective resolve of the authority to make radical changes supported by a Cabinet level councillor and senior officers taking the lead on all plans and actions, backed by regular benchmarking and progress reports. To make real progress, the climate emergency needs to become part of the daily conversation, a fundamental consideration in the delivery of all of the council’s functions.  Authorities might want to consider introducing a section on climate emergency implications to their committee reports, to ensure they form an integral part of all decision making.

It complains there’s a lack of vision of what transformation to a modern, clean, decarbonised and environmentally rich economy could mean, and wants to position the climate emergency within wider concerns people have about equality of opportunity and the fairness of society.

Key policies include the creation of green economy jobs, “transformation” of financial and taxation systems, halting major road building and availability of low-cost capital for reforms in transport infrastructure and land management.

The movement is a growing and louder voice among many authority members who view the climate emergency through the lens of a reformed and renewed economy and society.

Currently in England and Wales, 16 authorities have announced citizens’ assemblies to gather ideas and develop policy on how to tackle issues including climate change, air quality, traffic congestion and town centre planning.

The aim is to explore public views, finding new innovative ideas to solve a problem. Participants hear from experts advocating different solutions before several stages of discussions and reaching a collective view.

Oxford City Council has formed a climate emergency assembly, and says it wants to bring every viewpoint into decision-making to build a majority for action. Camden is following a similar approach.

Oversight of the assembly’s creation, structure and operation is coming from an independent advisory group that includes cross-party political representation, together with environmental and democracy experts and local industry representatives. The eventual aim is to thread climate change policies through every aspect of the authority’s operations, activities and decision-making.

But there are risks. Allowing the assembly to agree perhaps momentous decisions could raise expectations that can never be fulfilled, or alienate some local people with outcomes that they cannot tolerate. Community engagement needs to be informed by what an individual local authority can reasonably do within its particular constraints, in the context of its own demographics and needs, with clear parameters set to ensure that views can be genuinely taken into account. Authorities may also want to encourage greater participation among schoolchildren and youth groups involving learning, teaching and other activities.

The United Nations lists ‘climate action’ and ‘sustainable cities/communities’ among its 17 Sustainable Development Goals (‘SDGs’). The goals are high-level, do not represent an implementation plan and therefore need to be adapted for local use. This means identifying which goals and levers are most appropriate for each place.

The LGA is among hundreds of organisations working with the government in its Voluntary National Review to support the goals and the role of local government in delivering them. The UK’s Voluntary National Review has estimated that 65 per cent of the 169 targets set out by the SDGs need local stakeholders to be involved in their creation and delivery.

Several councils have already published a specific SDG agenda and many more are incorporating sustainability issues into the wide range of services they provide.

Perhaps one the best known is Bristol, that has developed the ‘Bristol One City’ plan outlining how they want to create “a fair, healthy and sustainable city by 2050”. Each aspect of the delivery of the plan is mapped to the SDGs.

Three points to think about:

If someone has forwarded this email to you, you can sign up to receive your own copy, delivered directly to your inbox. 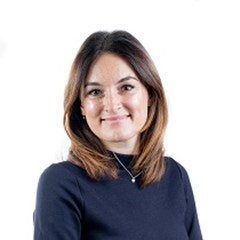 I specialise in local authority corporate governance and have extensive...

Service charges – who decides what is fair?