The Department for Business, Energy and Industrial Strategy (BEIS) has recently published a consultation paper in relation to the proposed implementation of the ban on corporate directors in the UK. The consultation forms part of the Government’s wider aim of enhancing corporate transparency, reform of Companies House and fighting economic crime in the UK.

The SBEEA provisions in relation to the ban of corporate directors were scheduled to come into force in October 2016, but have yet to be commenced. BEIS has indicated that it does intend to implement the prohibition, and publish regulations setting out exceptions to the ban in due course.

Two consultations have already been undertaken in relation to the exceptions to the prohibition.

On 27 November 2014, a consultation paper was published which focussed on the types of companies which may be able to take advantage of an exemption to the ban. Such companies included listed companies and large public and private companies which are part of a group. Responses to the consultation also identified further additional categories where it suggested exception status might be appropriate.

On 26 March 2015, a further consultation was undertaken in relation to a principles-based exception to the prohibition, which raised the possibility of requiring that all directors of the entity acting as a corporate director must themselves be natural persons. In addition, it was proposed that the jurisdiction where the corporate director is incorporated must require that the details of the entity’s directors are available in an accessible and publicly-maintained register.

The proposed exception which is the subject of the current consultation suggests that a corporate entity can be appointed as a director of a UK company if:

The consultation has sought views as to whether the proposed exception is proportionate and offers a pragmatic balance between improving corporate transparency and allowing companies to realise the legitimate benefits of the use of corporate directors under certain circumstances. It has also asked if, assuming ID verification will be a key element of the corporate director regime, what the main arguments are for and against allowing limited partnerships and limited liability partnerships to be appointed as directors and, if they are to be allowed, how the principle of natural person directors should apply within these partnership models.

In addition, the consultation has also requested views on the compliance and reporting requirements which will be attached to the prohibition. It is expected that rules will be structured with a view to safeguarding the integrity of the natural person principle in relation to both the appointing company and the appointee, to the extent that both incorporated in the UK. For example, if UK company A appoints UK company B as a corporate director, an appointment of a corporate director by UK company B would be unlawful. Furthermore, UK company A cannot be appointed as another UK company's director while it has UK company B as its director.

The consultation seeks responses on whether these reporting requirements appear proportionate and reasonable.

SBEEA applies to companies incorporated under the Companies Act 2006 but the Government is considering the application of the principles to other entities, including limited partnerships and LLPs.

Views have been sought on the application of the proposed corporate director principles to LLPs and limited partnerships and how the identity verification system would function in those contexts.

The consultation closed on 3 February 2021. The responses will be reviewed and a response issued in due course. It is expected that the proposals will be enacted alongside the proposals set out in the Corporate Transparency and Register Reform Government response, and the Government will ensure that the timetable for implementation and enforcement takes into account the difficulties currently faced by companies as a result of the Covid-19 pandemic.  Watch this space. 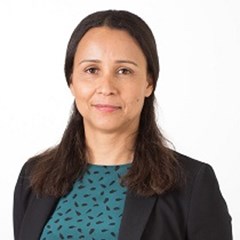 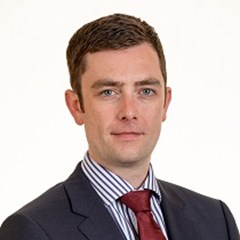 I am a corporate lawyer advising clients on a broad...

All well and good until it goes wrong – directors duties and personal...