Bevan Brittan has maintained a positive set of rankings in this year’s influential independent guide to the legal profession, Chambers 2018. We have been ranked in 18 practice areas (up one from last year) with four areas achieving Band 1 ranking – the same number as last year.

In addition, our Social Housing team outside London has been ranked as National Leaders (Outside London) – Band 2.

The Yorkshire Social Housing team, which advises a wide range of housing associations, housebuilders and local authorities on development projects, has three partners who are ranked Band 1 individually. They are part of our Leeds office which opened a little over two years ago and has successfully established itself within the Yorkshire market across a range of public and private sector areas.

Bevan Brittan has a total of 31 ranked individual lawyers in this year’s guide, including 11 with a Band 1 ranking. These Band 1 individuals are:

“We are pleased to maintain a strong performance in this year’s Chambers guide. The quality of our services and our people is all-important, and once again we have emerged with an impressive set of rankings across a wide number of areas involving both the public and private sectors.

“I am especially pleased to see that our Social Housing team across the country has well and truly put itself on the map, with a Band 2 ranking nationally and in the South West; a Band 1 ranking in Yorkshire; three Band 1 ranked partners and 8 other partners recognised for their skills and expertise in this market. Bevan Brittan is playing an important role in helping to deliver greater housing across the UK advising housing associations, local authorities and private developers.” 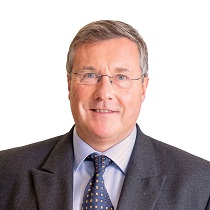 Pre-Action Disclosure: A curse or a gift?